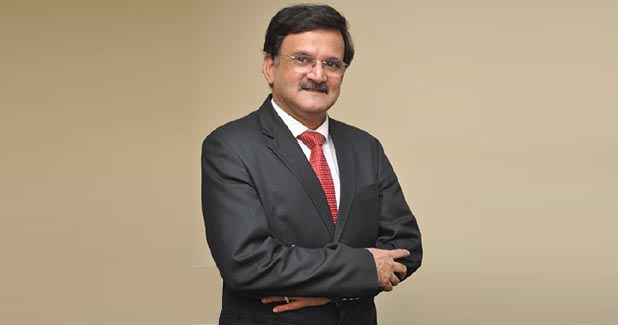 In todayâ€™s VUCA world, the life is full of surprises on both the sides; sometimes positive sometimes negative and they come all of a sudden and catch us napping.

The government is doing its part with tax and other reforms and now itâ€™s the turn of textile industry to respond.

In todayâ€™s VUCA world, the life is full of surprises on both the sides; sometimes positive sometimes negative and they come all of a sudden and catch us napping. The recent announcement of slashing of corporate tax rate to 22 per cent (effective 25.17 per cent) was one such sudden positive jerk, which took everyone by surprise. Diwali came early for the India Inc. and the bourses this year after this announcement. Five consecutive quarters of slowing growth saw India this year lose the status of the fastest growing major economy. The new reduced rates will be comparable now with lowest rates in South Asian and South East Asian region. According to the CRISIL study, more than 1,000 companies will get benefited to the tune of saving Rs 37,000 crore in tax. The corporate tax reduction has only corrected the supply side situation while the main critical issue today is on the demand side. Unless strong steps are taken to boost consumption, the economy will not get the required oxygen and for that the personal income tax rates also are required to be reduced. Reduction in personal income tax rates will release additional cash in hands of 1.3 billion population, which will certainly increase the consumption and help improve the economy from the present slide.

In order to boost the dipping exports, some new measures are announced by the finance minister including early extension of priority sector lending (PSL) norms for export credit, a fully automated electronic refund route for input tax credits (ITC) in GST and reducing the turnaround time for exports at ports and airports. Most textile exporters are positive about the PSL norms for export credit and the enabling guidelines under consideration of the RBI, which will release an additional at least Rs 36,000 crore as export credit under priority sector. The promise of bringing down the turnaround time for shipments at Indian ports and airports will make them comparable to the very best existing in South and Southeast Asia.

So far, the time taken by the industry to align to the new goods and services tax (GST) regime, downward revision of export incentives earlier and the credit squeeze particularly faced by small and medium enterprises adversely impacted the garment exports. Now with the new incentives to the exporters the sagging exports of the apparel industry will look up. The situation w.r.t. yarn exports is far from satisfactory and that will continue since the exports to China (major importer) have been down by 40 per cent in this fiscal so far due to its reduced imports and preference to yarn from Vietnam and Pakistan.

Indian industry needs to focus more on increasing exports of garments and home textiles where it has a stronger position although in the last couple of years countries like Bangladesh and Vietnam have increased market share significantly due to competitive garment manufacturing. India is at disadvantage compared to other competing countries and for that industryâ€™s cost competitiveness needs to be increased through lower borrowing rates, lower power rates, higher productivity measures and creating larger garment capacities for cost effectiveness. Also the global export basket is more on synthetics and blends while India is still cotton focused. A gradual switch can partly correct the situation and improve Indiaâ€™s share in the global market which has stagnated around 5 per cent + over the last two years.

Indian textile companies face higher trade barriers compared to other competing countries like Bangladesh, Vietnam and Pakistan in key markets such as the USA and European Union (EU). This also is affecting growth in exports of the Indian textile goods. Indian Government must soon settle the trade treaty with EU, which is quite critical for Indian textile exports growth. USA and EU are the top destinations of Indian textile exports accounting for nearly 32 per cent followed by Bangladesh 10 per cent as per the data of DGCI&S for 2017-18.

The textile industry at present is passing through difficult phase in view of liquidity crunch, demand contraction, falling exports, higher raw material prices and overcapacity in some segments. The profitability of the textile companies is severely affected and the most suffering amongst them are the stand alone spinning mills. The duty-free garment imports from Bangladesh (made from cheap Chinese fabric) to India have also affected local garment industry to large extent. The only segments which comparatively are in a better situation are home textiles and some integrated units with higher export share.

In todayâ€™s weaker economic situation in the country where unemployment is a big issue, the textile and especially garment industry offers great opportunity for job creation through skill development. Garment industry, apart from holding potential for job creation, can also help in women empowerment. In this backdrop it is imperative that both the government and the industry should work together in creating world class capacities in garmenting which can compete successfully against low cost countries like Vietnam, Bangladesh and Ethiopia. India has already missed the bus as it could not take advantage of the US-China trade war to increase its exports.

In fact many Korean, Taiwanese and Chinese investors have shifted their capacities to Vietnam through big investments, which have helped the latter increase its global textile footprint considerably. Similarly Bangladesh has increased its global export share in the last couple of years through garments and denims in spite of being at a disadvantage in terms of availability of raw material. In spite of disadvantage of higher labour cost China is still holding the leadership position because of better quality and capacity to deliver mass volumes.

If India wants to increaseits share in the global textile trade then garment sector can play an important role of a growth engine in the coming years and therefore this sector needs a very special focus. However India needs to improve the quality considerably apart from the cost competitiveness since its future is under threat from many low cost competing countries. Also India needs to change its product mix with inclusion of more synthetic based goods. Apart from focusing on garment exports one more categorywhich holds promise is the home textiles products. In this segment many top Indian manufacturers dominate the US and EU markets due to higher quality and deep market penetration through long years of hard work.

There is virtually a halt in any new capacity creation especially in spinning and processing sectors. This has also affected the textile machinery and components manufacturers badly. As a result ofthe present depressed situation of the textile industry, the investments in new capacity creation and modernisation are on a backburner and this is affecting the textile machinery sector quite badly. Spinning is under stress due to overcapacity, falling yarn exportsand higher cotton prices while only few investments are happening in weaving sector that too in some pockets.

More than 60 per cent of Indiaâ€™s textile machinery requirement is met today through imports, which are mainly of automatic winders, shuttle less weaving machines, processing machines and garment machinery. There is tremendous scope for encouraging manufacturing of machinery in India through technology transfer/joint ventures, etc. so that the dependence on imports from Europe, Japan and China is reduced considerably in the coming years.

However itâ€™s disappointing to note that in spite of availability of a large market size not many local or foreign companies are interested to put up new capacities in machine building for import substitution due to various reasons. For attracting new investments a lot of encouragement is required to be given by the government by creating favourable eco system in terms of subsidised land, conducive infrastructure, soft loans at lower interest and tax holidays. Textile machinery sector also holds big potential for exports and with right eco system at place India has potential to become a textile machinery manufacturing hub in Asia replacing China. In his book â€˜India 2020 â€“ a vision for the new millenniumâ€™ our beloved former president of India Dr APJ Abdul Kalam has already envisioned this dream.

In view of the difficult business environment in the industry the companies in the textile manufacturing and the machinery sector need to conserve their resources and consolidate their present market position while simultaneously resorting to cost cutting so that they can pass through this bad phase as well. Overall the textile machinery companies in India as well abroad are under stress at present since the user industry itself is in trouble. However the economic situation may not remain same for long time as the government is trying its best to push througheconomic reforms in order to revive the economy. With the support of the government in its revivalthe textile industry should gradually recover from the present situation.

I hope that after two to three more quarters of struggle the situation should turn for positive as both the government and the industry are quite serious about turning around the slow down cycle and bringing back good times to the textile industry. This is especially important since the textile industry is one of the oldest industries in India and holds very high potential for export and job creation. India has already secured a strong base in textile manufacturing across value chain and exports.

With some course correction in terms improvement in quality and cost competitiveness, change in the product mix with larger share of synthetics based products and creation of favourable eco system for the industrymany new opportunities will open up in the coming years for the textile manufacturers. The need of the hour is that all the segments of the industry including raw material, textile manufacturing value chain, machinery and allied industries like dyes and chemicals, etc. work together alongside the government with strong resolve to make the industry more competitive in order to bring back the sunny days. India certainly needs to secure a much higher place in the global textile world which it truly deserves.