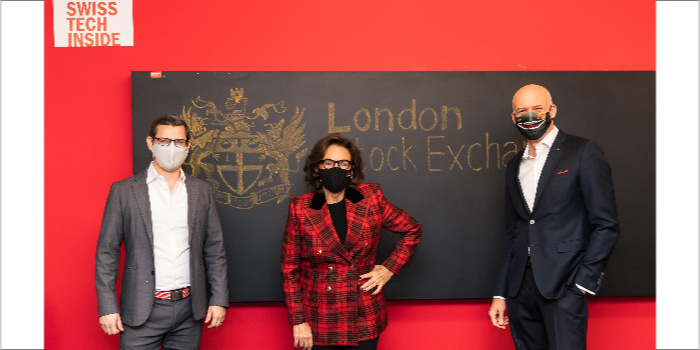 The company has created some of the most effective, durable and high-performance textile technologies in the market today which cool, warm, dry, repel, purify and stop viruses. So far, HeiQ has developed over 200 technologies in partnership with over 300 major brands, including Burberry, GAP, New Balance, Patagonia, Speedo, The North Face and Zara.

The companyâ€™s shares were admitted to the Standard Segment of the Official List of the Financial Conduct Authority at 8:00 am on December 7, 2020 by way of a reverse take over into Auctus Growth Plc. The admission follows an oversubscribed placing and subscription, raising Â£60 million (before expenses) from institutional and other investors.

Led by an experienced management team, HeiQ rapidly researches new solutions for partners, quickly delivers scaled up manufacturing from its sites across the world and helps partners market the product to end consumers â€“ aiming for lab to consumer in a matter of months.

HeiQâ€™s latest innovationâ€”HeiQ Viroblockâ€”is an award-winning antimicrobial technology which helps in the fight against enveloped viruses, including SARS-CoV-2 (the virus causing COVID-19). This technology is already being used by more than 150 major brands such as Burberry.

The companyâ€™s aim is to deliver growth for its shareholders by driving increased sales of HeiQâ€™s core products and by entering additional lucrative markets through disruptive innovations:

HeiQ Co-Founder & CEO Carlo Centonze, said, â€œTodayâ€™s listing is a major milestone for HeiQ, and we are delighted to welcome our new investors aboard the ship. We have spent the past 15 years building HeiQ to become one of the leading textile materials innovators in the world, and the cash generative profile of our business demonstrates the success we have experienced.â€œ

He continues, â€œThe fundraise will enable HeiQ to build on the significant momentum achieved so far in 2020. There are many opportunities to capture more market share through increased sales of our core products to major brands. These have grown 17% in the first half of the year and, in parallel, we have entered lucrative new markets with additional innovations.â€

HeiQ Chief Financial Officer Xaver Hangartner added, â€œThe antimicrobial market, which has grown into a mainstream request, also presents a compelling growth opportunity going forward. The launch of HeiQ Viroblock more than doubled HeiQâ€™s revenue in the first half of 2020. We look forward to innovating the antimicrobial field and regularly updating the market regarding new partnerships and contracts in the future.â€