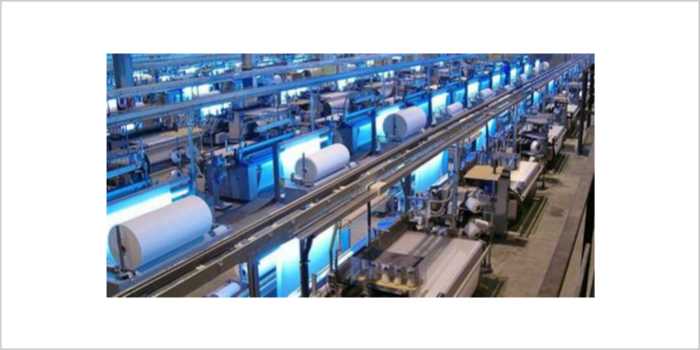 Except spinning, majority of the textile and apparel machinery demand of India is being fulfilled through imports, especially for investments in latest technology machines by large/organised mills.

The global textile and apparel industry will continue to grow along with growing consumption of textile and apparel products in developing countries and a gradual economic recovery of major developed markets. The growth of conventional textile products including apparel and home textiles is majorly driven by apparel segment which constitutes majority share of total demand. As the market continues to evolve, new consumption centers for apparel and home textiles are emerging.

While the apparel market is still largely dominated by EU and USA, countries like China, India and Russia are emerging as future destinations for apparel consumption. The high growth of those markets will primarily be driven by the large increase in population and increased per capita spending on apparel.

Global textile and apparel trade is expected to grow at a rate of approximately 6 per cent from the present value of $770 billion to $1,180 billion by 2020. Presently, apparel constitutes more than half of the share of the global textile and apparel trade followed by fabric and yarn. Growth in global trade will bring about investments in the countries having strong supply base for apparel and textile products. India will be one of the major gainers from investment point of view.

A continuing trend is the shift in overall trade towards Asia over the years across all categories. One of the drivers of this shift is the high growth in apparel exports from Asia during the period 2005-2012. Textile exports from Africa have also grown in recent years, even though it is still much smaller in value terms.

Along with the increase in apparel consumption and global trade in textiles and apparel, textile machinery shipments have also grown since 2005. Shipments of short staple spindles and open end rotors have shown slow growth at 2 per cent CAGR from 2005 to 2013 while global shipments of texturing spindles had a significant growth at 6 per cent CAGR during the same period. It shows a healthy growth of filament yarn.

Following the textile and apparel trade shift, Asian countries had the major share of shipments in every segment of textile machinery in 2013, led by China and followed by India. India held a strong position after China in shipments of short staple spindles and shuttle less looms with a high share of 19 per cent and 12 per cent respectively as compared to Turkey and Indonesia. In case of open end rotors and circular knitting machines; Turkey and India occupied an equal share. Japan and India had equally strong share in the shipments of double heater draw texturing spindles. With Asia occupying major share of shipments in 2013 and India occupying second position in major segments, there are positive indications that investments will be attracted towards India in the coming years as well.

Indian textile and apparel industry plays a vital role in the economy of the country. The industry is set for strong growth steered by both domestic and export markets. The growth of domestic market is driven by changing demographics of Indian consumers and their increased spending on apparel; while the increasing competitiveness of India with respect to its major competitors is driving the growth of export market.

With increasing manufacturing costs in China and issues of social compliance in Bangladesh in the recent past, global buyers are looking towards sourcing destinations with costs lower than China and reliability higher than Bangladesh. China’s bulging domestic market will also need more attention than earlier from its textile and apparel manufacturers which will decelerate their export growth. The trend of buyers diversifying their sourcing, albeit recent, is reflected in the fact that apparel exports growth of Cambodia, Vietnam and India has outgrown that of China and Bangladesh over the last two years. Even though exports from the competing countries will continue to grow, India stands to gain most in the long run with abundant availability of skilled manpower and a bigger and well integrated supply chain from fibre to finished product.

The total domestic and export market of India will grow at a CAGR of 12 per cent from present $108 billion to $243 billion in 2020 and investments worth $100 billion will be required for textile and apparel manufacturing in India to support this growth. Besides the capacity addition by existing players, we envisage entry of new entities, including major international players, in manufacturing of textile and apparel in India. Yarn manufacturing, weaving and processing are expected to attract approximately 75 per cent of the investments.

Growing demand of textile and apparel machinery from India
Reflecting the growing market and textile production, the textile machinery shipments to India have also shown good growth since 2005 in almost every segment. The shipments of spinning machinery have grown remarkably from 2005 to 2013 with 6 per cent CAGR in texturing spindles and open end rotors; 5 per cent CAGR in shipments of short staple spindles.

As discussed in the earlier sections, demand of textile and apparel products will grow manifold by 2020. So, in order to fill the supply demand gap, additional capacity will be required in all segments of the value chain. Large capacity additions are envisaged across all the sectors. The spinning sector would be required to increase its capacity and add 27 million spindles by 2020 while weaving sector would need an addition of 83,000 looms, which will be primarily shuttle less.

Knitting sector would need to double its present capacity with an addition of 23,000 knitting machines by 2020. Processing capacity will also need to increase by 1.5 times its present capacity with additional 30,500 Mn square meters of fabric processing capacity required by 2020. Sewing sector would be needed to add 14 lakh sewing machines by 2020 to cater to the high export and domestic demand for apparel.

In light of the capacity addition and replacements required in future for all the segments of textile value chain, India will have to put emphasis on increasing its textile machinery production capacity to fill the huge supply demand gap as imports of machinery is not a sustainable solution in long term, specifically, to cater to such high demand in future. The demand of spindles is expected to be more than three times the current production by 2020 while shuttle less looms will have much higher demand i.e. more than 17 times the present supply.

Yarn manufacturing (spun and filament), weaving and processing machinery will attract approximately 85 per cent of the overall investments in value terms, with almost equal contribution from each. With increasing scale of textile and apparel manufacturing in India, the organised mill sector is growing fast and a large part of this additional demand for machinery will be driven by the investment by organised/large mills. This will further drive the demand for modern high technology machines and offer an attractive market for leading textile machinery manufacturers globally.

Advantage India
Except spinning, majority of the textile and apparel machinery demand of India is being fulfilled through imports, especially for investments in latest technology machines by large/organised mills. With a growing market and manufacturing scenario in India, textile machinery manufacturing in India will become more attractive and beneficial. Following are some of the reasons:

Higher import cost of machinery due to currency devaluation: In the last couple of years, the Indian currency has depreciated significantly with respect to US dollar while Yuan has appreciated. As almost 30 per cent of total textile and apparel machinery is imported from China, this has caused a double impact. Under such a scenario, cost of importing machinery has also increased significantly. In coming years the trend is supposed to continue.

Costs in China are rising: There is no doubt in the fact that China has been a strong manufacturing base in recent years but the production costs in China are rising at a faster rate than other developing countries. Increase in manpower cost is the major factor which will impact cost of machinery manufacturing as well. The labour wage cost index of China has almost doubled since 2002. The wages are further set to increase in coming time. In addition to it, the demographic shifts in China will limit the labour force in coming years due to ageing population. This will further increase wage rate and availability of skilled manpower for machinery production will also be an issue. In contrast, India has very favorable demographics with a young population base. 60 per cent of population in India falls in the age group of 15-59 years and 49 per cent of population is less than 25 years. More number of people would be added in the productive age group of 20 – 60 years leading to abundant availability of skilled work force. The favorable demographics and relatively lower wage cost make India as one of the favorable destinations for manufacturing machinery.

Better service and availability of spare parts: Apart from the cost advantage, manufacturing in India will give significant competitive advantage to the global machinery manufacturers in providing better service to buyers, especially in terms of spare parts.Import of spare parts has shown significant growth in value terms with 7 per cent CAGR from 2005 to 2013 directing towards rising requirement in India. Once machinery manufacturers decide to set up their unit in India, spare parts suppliers will also follow them. Even many Indian companies will also start manufacturing the machinery parts looking at the potential future demand size. Similar scenario has already been observed in automobile industry. Once spare parts availability becomes easier and quicker, it will also help in increasing market size of those machinery.

Following action points have been proposed by the expert committee in their draft ‘Vision, Strategy and Action Plan’ document prepared for Indian textile sector. All of those once implemented will motivate the textile and apparel manufacturers to purchase machinery made in India only.

As per the union budget 2014-15, Indian Government has offered benefits for capital goods manufacturing in India with investment allowance at the rate of 15 per cent to a manufacturing company that invests more than Rs 25 crore in new plant and machinery.

Challenges for textile and apparel machinery manufacturing in India