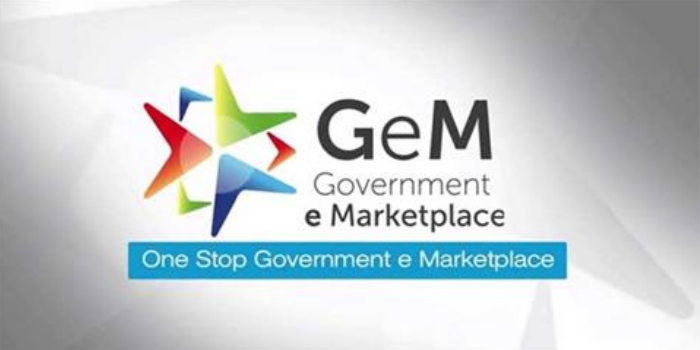 The government is currently integrating Government e-Marketplace (GeM) portal with Railways for the benefit MSMEs.

According
to Piyush Goyal, Commerce and Industry Minister, GOI, the central governmentâ€™s
MSME-dominated public procurement portal Government eMarketplace (GeM), is
currently underway integrating all procurement made by Indian
Railways onto
its platform, and may see around Rs 500 billion of annual procurement done
online. He also informed that the pilot bidding by Railwaysâ€™ buyers through GeM
is likely to begin by August end and the integration will lead to a lot of
savings for the public exchequer and also result in big-ticket procurements by
the Petroleum and Steel sectors.

The MSME-dominated Government
e-Marketplace (GeM) portal currently has approximately 19 lakh sellers, among
which close to 7 lakhs are micro and small sellers with a 56.12 per cent share
in order value, as on June 1, 2021.

Sanjiv
Layek, Executive Secretary, World Association for Small and Medium Enterprises
(WASME) said that, selling to Railways is bound to benefit MSMEs not just in
supplying various train manufacturing equipment but also to its PSUs, etc. H
added that, with its integration into GeM, Railways will also save
significantly and the number of MSMEs serving Railways offline will also be
getting onboard the GeM portal post integration and the number of GeM sellers
will be increased.

Goyal
had said at the National Public Procurement Conclave by GeM and CII in August
last year that, Indian Railways currently spend around Rs 700 billion annually
on procurement of over 98 per cent of goods for its operations, or its public
sector units or production units. Moving this to GeM will help Railways save at
least 10-15 per cent which could be almost Rs 100 billion.

The
GeM marketplace has grown 5x so far in seller count from
3.76 lakh sellers listed as of May 2020. GeM was launched by the Modi
government on August 9, 2016, to boost efficiency and transparency in the
public procurement process and for small businesses to leverage digital selling
of goods and services.