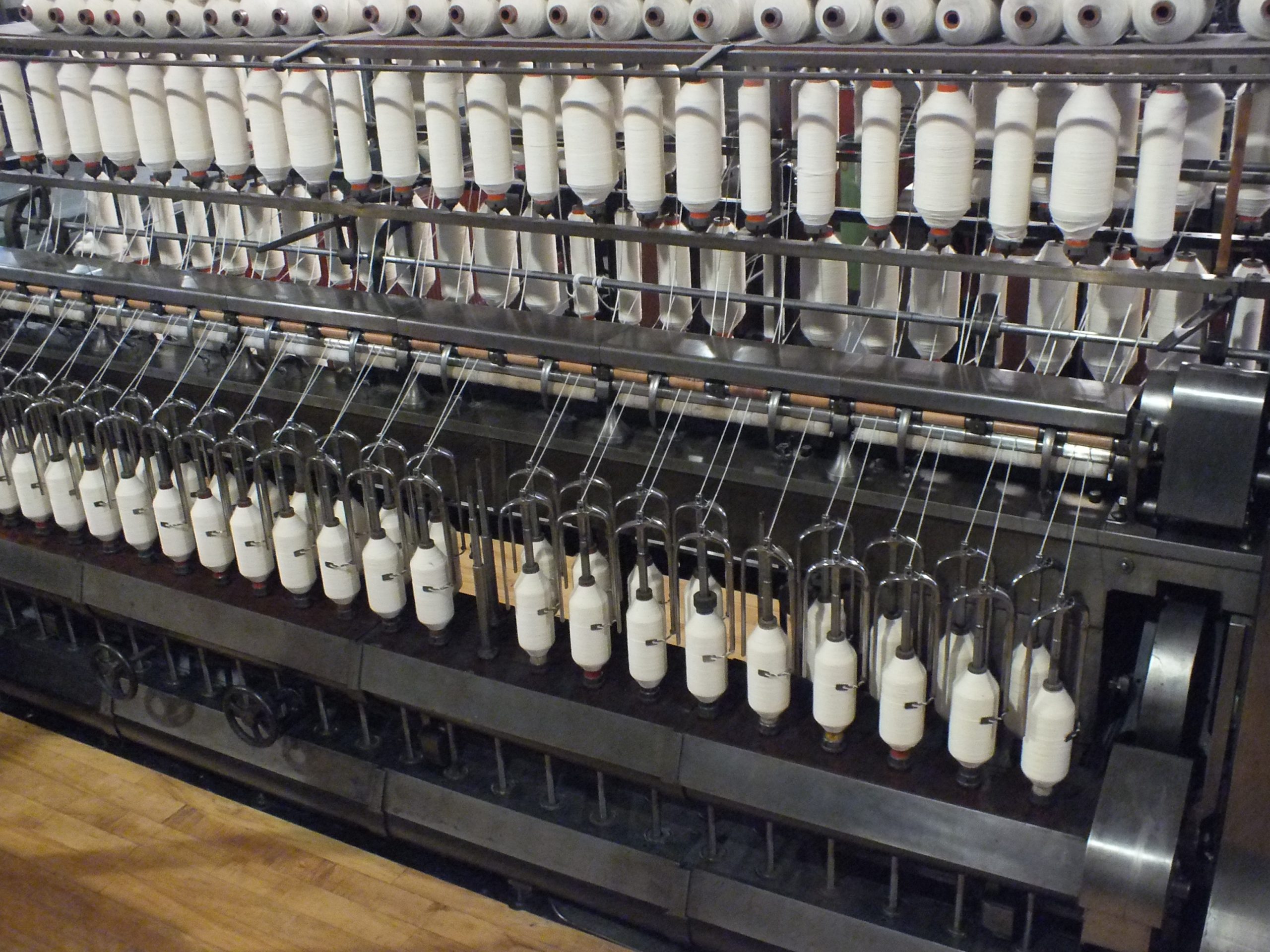 Twist in the roving for cotton yarn spinning is calculated based on the premise that the twist is directly proportional to the square root of the size (hank) of the roving material in the English system. Spinners have customarily used staple length as major criteria in deciding the twist in roving, no doubt that the staple length of fibres is the chief criterion while buying and selling of cotton.  Another reason for choosing the staple length for controlling the twist is that although fibre fineness is an important property, it is closely related to fibre length. In this article, Dr Nagarajan Ganapathy  has developed an empirical formula interlinking the staple length, fibre fineness and roving hank for arriving at optimum twist in the roving.

It is well known that the performance of speed frames in spinning is largely dependent upon the properly twisted roving for the machine efficiency, end breakages and gentle withdrawal from the creels of ring spinning. There are several processing factors to be considered for the determination of optimum roving twist to be inserted in the roving. If the roving is under twisted, it will stretch irregularly during winding in the roving frame and subsequently during unwinding in the ring frame. The resultant yarn will be irregular and cause working difficulties in both speed frame and alsoin ring spinning machines. The roving package will be soft and requires careful material handling. On the otherhand, if the roving is over twisted, smooth movement of fibres in the drafting zone get affected which is the essence of drafting. The additional twist than the recommended twist would result in undrafted ends and in some extreme cases, the fibres will break due to failure to slip through the drafting system while being drafted. This result in excessive short-term irregularity and also reduced yarn strength. Hence, in order to get desired results, it is necessary to ensure that right amount of twist to be given to the roving material so that neither it should stretch irregularly nor it is difficult to draft.

Manufacturers decide the twist in the roving based on the staple length of cotton and also on the past experience on the variety of cotton fibres used. The oldest twist formula still in use where the origin is unknown does not take in to account the staple length and fibre fineness. The fallacy of this belief was not established until adequate facilities have come to determine the independent relationship of fibre fineness with the twist. Although many researches were made to find the twist relationship between the two factors, viz, staple length and roving hank, the drafting qualities differ particularly when the cottons of different finenesses were used. Hayes1 has recognized that there is a relationship with the fibre fineness and twist but did not propose a formula for calculating the twist.

The importance of fibre fineness as one of the factors influencing twist in the roving has been established long back. In other words, coarser and finer fibres of equivalent length when processed in speed frame, coarser fibres require more twist than its counterpart. It means that the fibre fineness has a definite influence on the determination of roving twist. It shows that there is a backlog in determining the spinning performance of roving material may have been mainly due to the failure in considering the fibre fineness, staple length into consideration for optimum processing results.

The primary reason for inserting twist in roving is to develop cohesive forces into the strand which should be sufficient enough to resist undue stretching while processing. Hence the amount of twist inserted in the roving is dependent upon the main factors such as staple length, fibre fineness and hank of roving.  Furthermore, other factors such as coefficient of friction, total strand cross-sectional area, number of fibres in the cross-section, specific volume of fibres, specific stress, packing density of fibres, surface twist angle etc. influence the cohesive forces which in turn affects the breaking tension of the roving.

Assuming that the fibres are spaced randomly, but, if the lengths of the fibres passing through a given cross-section are arranged according to their axial disposition one above the other, they will on an average, arrange in the pattern shown in Figure 1.

Suppose if such strand of fibres is subjected to a strain under a lateral pressure, the distribution of average stress per fibre in a yarn cross-section is the same as the average stress in a fibre along its length. However, this consideration is valid provided that there was no fibre slippage. In actual practice during winding of roving layers in a sequential form, there are chances of fibre slippage. This will certainly cause variation in the distribution of stress along its length under a small strain. The lateral pressure is maximum at the centre than at the sheath. The twist inserted in the roving is practically small when compared to the twist in the yarn which should be sufficient to develop cohesiveness within the fibres and not to break the fibres. On account of the twist, the lateral pressure is not constant throughout its cross-section but increases gradually from the surface to the centre of the roving material.

The amount of twist given to the roving is of the order of 1.0 to 1.5 (for cotton) in the English system, the surface twist angle will be roughly around 15• to 18• for short staple yarns. It means that around 95% of the breaking stress of the fibres on the surface is contributed as a component to the total breaking tension of the roving.

An alternate method to determine the optimum twist in the roving is to check the “Half lea” strength of roving for all types of fibre material like carded, combed and in blends as well. The data provides useful information for spinning technicians for optimising TM in roving machine. The test procedure is, to collect 5 or 10 bobbins from roving machines of bobbin sizes (1/4 or ½). Remove theouter most layers and prepare half lea of 60 yards in a wrap reel. Test the samples in a lea tester and the breaking strength in pounds have to be noted. The CSP of roving is calculated by multiplyingaverage hank x average strength in lbs. Half lea strength of roving should be in the range of 25 to 30 lbs. If it is more than 30, it would result in undrafting, fibre breakages, frequent lifting of top arm etc. On the contrary, if the strength is less than 30 lbs, undue stretching, long thin places, higher yarn irregularity and lower yarn strength would result. In case of 100% polyester, the half lea strength ranges between 15 to 20 lbs.

Half lea roving strength can be used as a guideline for optimizing the twist per inch in the roving material. It depends on the raw material characteristics like fibre length, machinery conditions, running performance, end breakages and thin places in the yarn faults.

To arrive at a formula for incorporating the effect of the three factors, viz, fineness, length and rovinghank which influence the amount of twist for securing optimum processing performance, it is necessary to collect basic data on finisher draw frame sliver. The data such as UQL (w), fibre fineness in µg/inch or in millitex, roving hank (Ne) and the existing twist multiplier used in the mills for the process were collected.The collected data from finisher draw frame sliver were applied on the developed roving twist formula and also cross checked with the mill TM/TPI.It was found that  the developed formula for carded and combed counts were exactly matching with the mill twistmultiplier and in some occasions, the variation is within 10%.

The following empirical formula can also be used for determining optimum twist in the roving for cotton materials. The formula has been modified from the earlier one found by Flori2 which includes the staple length, fibre fineness, roving hank and noil extraction% in comber.  The formulae for both carded and combed rovings can be used as a guide line while deciding the twist multiplier andturns per inch in the roving process.

Dr Nagarajan Ganapathy has over 30 years of experience in Textiles, working in the Industry, Academia and Research. He has published more than 15 Research papers in national and international journals and 3 Textile Books. He has also presented his research studies in various Technological conferences held in India during his time in SITRA.