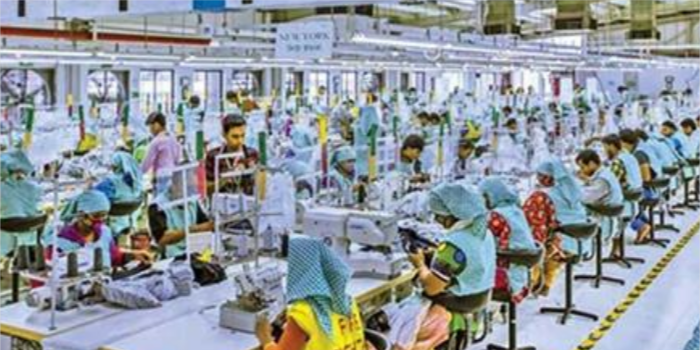 Experts recommended initiating plans to bring small and well-functioning RMG factories under the facilities of the government incentives.

Experts in Bangladesh have
recommended plans to bring small and well-functioning ready-made garment (RMG)
factories under the facilities of the government incentives.

The speakers made the
recommendation at the Media Cafe, organized by Shojag Coalition and Prothom Alo
on Saturday. It was the third and final round of the virtual discussion session
titled â€œChallenges of the Garment Industry in Coronation and Safety of Workers.â€
The Shojag coalition consists of five organisations – Naripokkho, Christian
Aid, BRAC, Bangladesh Legal Aid and Services Trust (BLAST) and SNV.

The government gave special
incentives for garment factories in two phases to offset the losses incurred by
the Covid-19 pandemic. But small factories, which are basically run on a
subcontract basis, did not get any incentive facility.

As a result, the factory was
closed without retrenchment of workersâ€™ wages and other allowances. In
order to protect the interests of the workers, experts recommended bringing the
factories under the incentive facility.

The speakers at the program
also demanded that information on how much incentive a factory has received
needs to be made available to everyone on the website.

Professor of Economics at Dhaka
University and Research Director of the South Asian Network for Economic Models
(SANEM) Saima Haque Bidisha presented survey data at the program. She said
that 52-53% of garment factories have received loans from the incentive
package. But the factories working on contract remained out of incentives.

Shahidullah Azim,
vice-president of the Bangladesh Garment Manufacturers and Exporters
Association (BGMEA), said that, there is no fear of workers
losing their jobs at the time. He added that, Bangladesh is getting lots
of purchase orders and that there were no allegations regarding the incentive
money not reaching the workers. About the repayment instalments, he said that
they already applied to the government asking for more time.