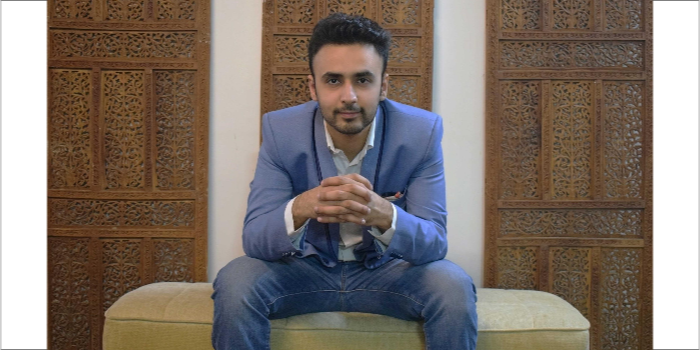 As the world grapples with Corona with a scramble for suitable drugs, devices, protective equipment and not least discovering a vaccine, India has turned this necessity into a virtue. The governmentâ€™s unveiling of a stimulus package is a step towards attaining self-reliance while battling the pandemic.

As the world grapples with Corona with a scramble for suitable drugs, devices, protective equipment and not least discovering a vaccine, India has turned this necessity into a virtue. The governmentâ€™s unveiling of a stimulus package is a step towards attaining self-reliance while battling the pandemic. However, unless women, constituting about half of us are made an integral part of this self-reliance script, Atmanirbhar Bharat will remain a pipe dream. A report has estimated that addressing gender inequality could add 18% to Indiaâ€™s GDP.

The persisting unfair deal for the fair sex: economy/employment
Even as the economy has long opened up with â€˜animal spiritsâ€™ having been given free rein, whether it has translated into really freeing or emancipating women has remained a big question. Leave aside socio-cultural prejudices and stereotypes, economically speaking, women have barely come to match the levels of workforce participation and benefits as against their male counterparts. Though the gender gap has narrowed in terms of education, the employment gap has only widened. In rural India, due to the shrinking of agriculture sector, womenâ€™s participation is declining too. As a whole, the proportion of women joining the workforce has dropped from 32.2 per cent in 2005 to 23.4 per cent last year.

Gender pay-gap the big inhibitor
Putting money in the hands of women is a morale-booster. Money gives them the autonomy of economic decision-making and purchasing power. Given that women are drivers of 70 per cent of consumer purchase decisions, it has a cascading effect on the larger economy. Yet, the pay-gap has continued. According to a recruitment advisory firm, the gender pay gap in India stood at 19 per cent in the manâ€™s favour. Lamentably, the gap only gets accentuated as one rises up the skillset and experience ladder. This disparity prevailed even in women-centric sectors such as healthcare and social work. In rural areas, in an estimate, a male salaried employee earned nearly 1.4 to 1.7 times a female salaried employee.

The disparity in nature-of-work opportunity
Women are also disadvantaged in terms of the quality or nature of work which is assigned to them. Traditionally considered more suitable for some jobs, they are customarily kept out of the purview of a large number of roles and responsibilities. A study found that most common jobs for urban women involved them as garment workers, domestic cleaners, sales staff and â€˜directors and chief executivesâ€™. Of those described as directors and chief executives, 99 per cent were self-employed with one-third working as unpaid family workers. Among top ten most common jobs, only teaching employs women substantively.

The lockdown has only deepened the inequality
Incidentally, some of the worst-affected sectors such as hospitality, retail, and personal care, among others, have high presence of women in them. Coupled with the socio-cultural factors such as being primary caretakers at home, the lockdown therefore has disproportionately impacted women as compared to men. Thanks to lockdown, an estimated 40 per cent of women have lost their jobs. Then women who were employed before lockdown, the chances of their reemployment post-lockdown were 23.5 per cent less than men who were employed in the pre-lockdown phase. So, how should government and industry ensure that gender equity prevails on the way towards self-reliance?

The gender-equity roadmap towards Atmanirbhar Bharat
First, improving domestic production while sharply raising exports is the assured road to self-reliance. Involving women as essential participants in creating local supply chains to reduce dependence on regular and strategic sector imports would infuse that element of gender equity. Exclusive policies with a thrust on women-driven exports should be made. Last year, CII had identified 31 items including womenâ€™s apparel to spur Indiaâ€™s exports. A structured involvement of women in these sectors through policy would facilitate a women-contributed path towards self-reliance. A World Bank report has suggested that apparel export holds enormous potential for creating jobs for women. Then the recent initiative by government to create a women-centric care economy is a welcome step.

Second, given that education serves as the ultimate stepping stone to empowerment, a renewed push to womenâ€™s access to high-quality education must be given. An extensive awareness campaign on high responsibility white-collar career choices must be mounted in our universities and educational institutions. Given the role of technology, making available of digital tools and familiarising girl children with them from early age would prepare a technology-proficient women workforce.

Fourth, e-commerce must be given a fresh thrust with its inherent advantages of flexibility of working hours, reduced operating costs, involvement of less physicality and above all, safety and convenience for women.

Fifth, in rural areas, agriculture has increasingly given way to non-farming activities such as food-processing, light-manufacturing, textiles and cottage industry. Additionally, with upgrading of health and education infrastructure and services, womenâ€™s roles would become crucial in shaping this rural self-reliance which in turn would add to national self-reliance. As Corona necessitates massive upgrading of healthcare-related manufacturing and services, more women must be educated and trained to become high-skilled doctors and professionals and not remain limited to nursing and low-skilled activities.

Sixth, although, socio-demographic indicators such as literacy, gross enrollment ratio, total fertility rate and maternal mortality rate are improving, more needs to be done with a sustained focus.

Seventh, the quality of womenâ€™s working conditions must be so elevated that safety and hygiene become time/working hour and location-agnostic completely. Remember, there is an opportunity cost for keeping one half of workforce underemployed/unemployed, which may even be impacting our self-reliance. We should treat Corona as an opportunity.