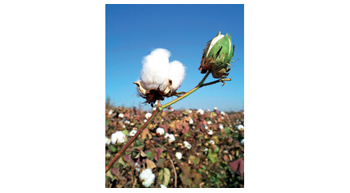 Manchester in the UK was once known for cotton and mills. But the King of Fibres? glory faded away in the course of time with many mills closing down over the years! But now, there seems to be a resurgence at Greater Manchester!

Manchester in the UK was once known for cotton and mills. But the King of Fibres? glory faded away in the course of time with many mills closing down over the years! But now, there seems to be a resurgence at Greater Manchester!

English Fine Cottons is investing Â£4.8 million of its own money, Â£2 million of which is a loan from the Greater Manchester Combined Authority, to regenerate a former Victorian cotton mill and install new technology to create luxury yarn. A further Â£1 million has been awarded as a grant by the N Brown RGF6 Textile Growth Programme, marking the largest single award from the fund. The Â£97m programme aims to support a national revival in textiles, led by an industry board chaired by N Brown and including Marks & Spencer and other UK firms.

The cash boost secures the launch of the mill and growth plan for three years. The company has already placed orders for key equipment and started recruiting staff, with the aim of restarting cotton spinning in the UK from the middle of next year. English Fine Cottons will base its production facility in the refurbished Tower Mill in Dukinfield in Tameside, Greater Manchester. It will be the only cotton-spinning company in the UK, after the last mills closed in the 1980s. The mill will use raw materials from Barbados, India, the US and Egypt to target the premium fashion market.

?We are extremely proud to have won this major government grant today to help us make real our dream of bringing cotton spinning back to where it belongs ? the northwest of England,? says Andy Ogden, general manager of English Fine Cotton?s parent company Culimeta-Saveguard. ?There is a strong demand across the world for luxury goods with the Made in Britain stamp, and English Fine Cottons has the pedigree for the job.?

Meanwhile according to a report by the Alliance Project, up to 20,000 jobs could be created across the British textiles industry in the next five to 10 years to capitalise on the reshoring trend if businesses are supported with better skills provision, improved supply chain mapping and greater support at both domestic and international trade fairs.