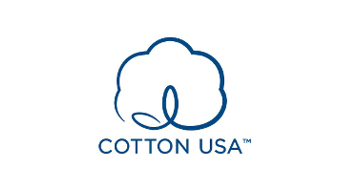 Cotton prices in the Indian market are expected to rise during the coming â€œoff-season monthsâ€ on reports of lower production forecast and lesser carryover stocks likely for the next season on better consumption and exports.

Cotton prices in the Indian market are expected to rise during the coming â€œoff-season monthsâ€ on reports of lower production forecast and lesser carryover stocks likely for the next season on better consumption and exports.

In the early 2016, prices have come down due to sluggish demand from ginners and textile mills amid sufficient availability of stocks. Moreover, the decision by government agencies to stop procurement of seed cotton at the Minimum Support Price (MSP) too increased supplies in the physical market. However, prices have started moving higher after bottoming out in early March. Kapas prices increased by 4 per cent and cotton bales prices by about 1.3 per cent.

Cotton output is seen lower by over 10 per cent at 345 lakh bales compared to last season, according to the Cotton Association of India (CAI). Output estimates are being cut for the third time in three months by the CAI after assessing arrivals and amid reports of heavy losses due to a pest attack and the forecast for an irregular monsoon. Arrival of cotton during the current season declined by 11.3 per cent to 245 lakh bales (of 170 kg) until February 2016, compared to 276.2 lakh bales last year.

Exports of the fibre during 2015-16 are expected to be higher by about 20 per cent compared to last year. Exports to Pakistan more than doubled this year as a flood and a pest attack trimmed their output by about 35 per cent. Government data reveals that India exported around 41 lakh bales during cotton year 2015-16 (season beginning August). Pakistan is the biggest importer of cotton from India, followed by Bangladesh, China and Vietnam. According to cotton industry and USDA projections, India will export close to 70 lakh bales this year. The total availability this season may be over 430 lakh bales as the opening stock is estimated at around 70 lakh bales. Thus, the total domestic consumption and exports are expected to be around 380 lakh bales. Therefore, closing stocks expected to be around 28 per cent lower, at 50 lakh bales, compared to the previous season.
Cotlook predicted global cotton stocks to fall in 2015-16 and 2016-17 as global consumption will outpace production. Recently, China announced an auction to reduce its cotton stockpile. Moreover, in the US, unfavourable weather expected during the sowing season may limit cotton sowing. There are reports of declining stocks and the expectation of a fall in cotton acreage on apprehensions about the quality of Bt cottonseed due to its vulnerability to pest attack.

Meanwhile, Pakistanâ€™s ministry of textile industry wants cabinet support for an action plan to ensure the countryâ€™s textile manufacturers receive enough cotton supplies following a slump in local production during the 2015 growing season. According to current government data, Pakistanâ€™ cotton production dropped 33.85 per cent to 9.71 million bales during this past 2015 growing season.

At the same time, a report from Zimbabwe says that demand for synthetics is affecting cotton prices. Cotton farmers in Zimbabwe should brace for lower producer prices for the crop in the coming marketing season compared to the previous one as demand for synthetic fibres continues to increase, an official has said. Synthetic fibres are the result of extensive research by scientists to improve on naturally occurring animal and plant fibres.

Zimbabwe Farmers’ Union executive director Paul Zakariya says the little cotton that will be produced this season was likely to be met with poor producer prices as the world cotton price continues to tumble. “China which is both a world renowned producer as well as consumer of cotton is turning more and more to the use of synthetic fibres,” he says. “Noting the economic gains by way of that substitution, cotton prices will for the foreseeable future continue to slide.” Last year, the producer price for cotton in Zimbabwe was $0, 30. The International Cotton Advisory Council has said the uptake of cotton by the world’s largest consumer, China would fall 5 percent.