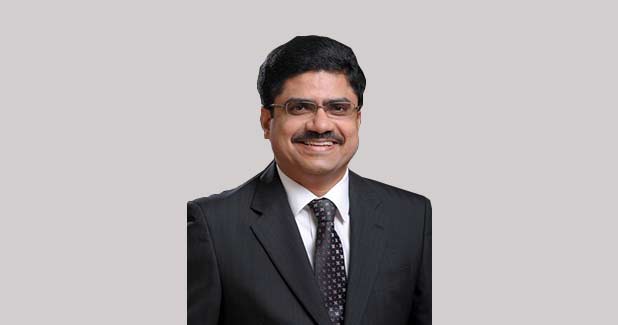 The Ministry of Textiles under the dynamic leadership of Union Textile Minister, Smriti Zubin Irani, is in the process of formulating the new textile policy and it is likely to be announced in 2020.

adminFebruary 27, 2020 12:00 am 3
The Ministry of Textiles under the dynamic leadership of Union Textile Minister, Smriti Zubin Irani, is in the process of formulating the new textile policy and it is likely to be announced in 2020. The Ministry has been conducting series of meetings for each segment and is in the process of drafting the Policy with the objective of making Indian textile industry a true global leader by improving its competitiveness, bridging the technology gap, encouraging sustainability and creating global brands for Indian textiles and clothing products. In this endeavour, the Ministry has started a bold initiative of mitigating the major challenge of scale of operation through the proposed Mega Textile Park. In this connection, Secretary (Textiles), Ravi Capoor convened a meeting with the industry stakeholders and the senior officials of various State governments on February 17, 2020 and gathered necessary inputs to frame the scheme.

T Rajkumar, Chairman, Confederation of Indian Textile Industry (CITI) has appreciated the unique initiative of encouraging scale of operation through the Mega Textile Park Scheme. Rajkumar has stated that the flagship programme of TUF Scheme had attracted over Rs 4 lakh crore during the last two decades, the scheme for integrated textile parks, enabled the powerloom sector and few other decentralised sectors to consolidate in different clusters and go for modern technology. In addition to few large players also could take advantage of SITP.

CITI chief has said that the country has been suffering with scale of operation and the new entrants like Bangladesh, Vietnam, etc., could grab the space vacated by China due to scale of operation and cost competitiveness. He said that at the global brands meeting chaired by the Honâ€™ble Union Textile Minister, most of the brands having retails in India, had stated that they had to import from countries like China, Bangladesh and Sri Lanka due to volume and cost advantage. They also stated that India does not have large players to meet their demands.

Rajkumar has stated that the Central Government is making efforts to attract FDI, joint venture projects and also encourage large vertically integrated textile giants in the country to make investments in the proposed mega textile parks by setting up of a large scale vertically integrated textile manufacturing units. He said that the Government is contemplating to extend maximum support for the infrastructure facilities including land by the State governments, water, power, road connectivity, special priority in the port, relaxation in labour laws, etc., and the government is planning to market the Scheme in different countries to attract FDI and joint venture projects jointly with the State Governments. T Rajkumar has said that the proposed Mega Textile Park Scheme would throw more opportunities for the textile industry to cater to domestic markets and also international market.