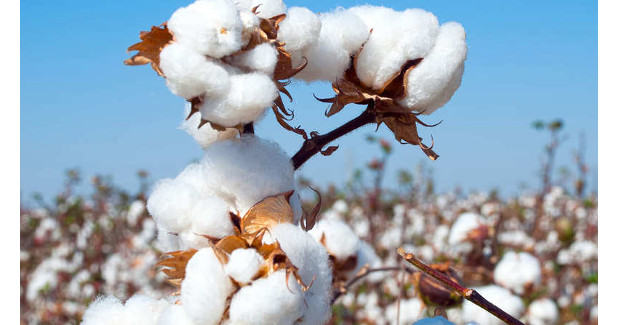 China needs to triple its cotton imports. With government stocks depleting, China needs to import more to sustain its millsâ€™ consumption. Where would all that cotton come from? Recently, Jon Devine, senior economist and a 10-year veteran with Cary-based Cotton Incorporated presented a nice picture of the global cotton scenario.

The current government stock in China has fallen considerably from 2013-14 and is about 9 million bales (480 lbs. each bale) replica watches at the end of 2018-19. This puts the deficit in China to be at 15 million balesâ€”necessitating more imports. The lingering trade war between China and the United States that has lasted for over a year now is affecting the supply chain and more importantly, creating uncertainty in the global economy. Chinese cotton production gap is one-third of its mill use, stated Devine.

Last year, while China has increased its import, the share of United Statesâ€™ export has dropped. On a year-on-year basis, other countries like Brazil, Australia and India have fared well with regard to exporting to China. These scenarios, dictate the need for a speedy resolution to the ongoing trade war.

To the question on the takeover of the Chinese market by other exporting nations in the absence of a trade deal soon, Devine opined, â€œThis is a central unknown, because we do not know where the details will end up. A resolution, if reached, should support US exports. If a resolution is not reached, demand for non-US cotton will be supported.â€

For the marketing year that ended in July, Devine added, â€œEven with the tariffs, the U.S. was still the third-largest source of cotton for China.  China was the second-largest destination for U.S. exports (only behind Vietnam).â€

While China is a key player, the textile industry is slowly moving away from China as Vietnam and Bangladesh are capturing the export market.

The trade war if prolonged may bring about a shift in the cotton market. United States need to look for markets such as Indonesia, Pakistan and India. Will India be a decent market for the United Statesâ€™ cotton? The current Minimum Support Price (MSP) for cotton in India is putting stress on the textile mills that should create market for quality cotton from the United States. â€œThe MSP for the Indian cotton is much higher than the global cotton prices, making the input cost higher for the spinners who are in the export market,â€ stated Gurudas Aras, director, Textile Engineering Group of Mumbai-based A. T. E. Enterprises in an e-mail communication.

Looking ahead, trade war situation and the overall global economy will be the determining factors for cotton trade, which Devine agreed. Will there be more cotton acreage in 2020? Hard to tell with cotton prices being low, at this point of time.

Interesting aspect to watch is the growth of textile manufacturing in Ethiopiaâ€”a market to observe keenly.