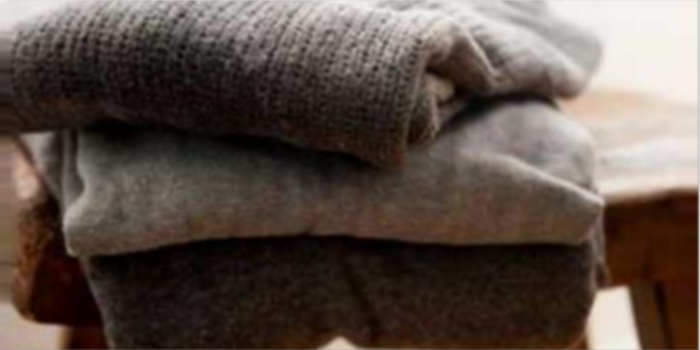 Shohag Chandra Das from the Bangladesh University Of Textiles (BUTEX) reviews the synthetic dyes for using as PS, irradiation system, their working mechanism, synthesis process and finally the improvement works on those dyes by defeating all drawbacks of a PS

From early 20 century, photo dynamic therapy (PDT) was being used and still is being used in different types of carcinogenesis treatment. But due to some lackings of photosensitizer (PS), still PDT can not be applied rapidly in carcinogenesis treatment. As synthetic dyes can be synthesised and modified willingly, it can reduce those drawbacks of a PS. This article reviews on the synthetic dyes for using as PS, irradiation system, their working mechanism, synthesis process and finally the improvement works on those dyes by defeating all drawbacks of a PS.

There are very few people in the world who do not know about carcinogenesis, a fatal disease of last century and the present century. About 1 million people die from cancer monthly which makes it the second leading cause of human death in the world and almost 50 per cent of them are over 70 years old age.

However, the walking of cancer treatment with PDT has been started on the early age of 20th century where the main factor of working was acridine orange, a PS. With the development of process of PDT, Photofrin was the first PS to get approval for cancer treatment and Eosin is the first photosensitive synthetic dye which was used as PS in PDT. The synthesis of dyes as PS for desired properties paves the way to the treatment with very accurate and efficient way.

Carcinogenesis: When the body cells grow out of control manner and the old cells do not die rather grow. More deeply , the genes of cell is damaged by some substances known as carcinogens or gene faults . The carcinogens accelerate the genes to stop the normal working mechanism. As a result ,the signal of cell division on body gets out of control (named as mutation) and produces much cell faster and continuously. However, if the cell can not stop this mutation itself, then a way will begin to cancer.

PDT: PDT contains photochemistry, photo physics, tissue optics and subcellular localisation of PS. It is one kind of phototherapy, which needs a source of light, oxygen presented in tissue and a PS, the most important thing. These three things create a cytotoxic effect into a desired the cancer cells and destroy them. However, PDT can be used for many more human diseases in the same mechanism of working.

Synthetic dyes as PS: PS is a chemical molecule, which absorbs a specific wavelength of light and creates a chemical changes to destroy another molecule. PS can be classified into three types depending on their activity times into the cells:

PS can be classified according to the generation of invention:

However, Recently, PS are classified according to their chemical structure into three broad categories:

So we are going to talk about synthetic dyes and their derivatives as PS. Oscar Raab was the first person of thinking of application of dyes as PS. However, von Tappeiner researched different types of dyes for finding out the ability of PDT. Nowadays commonly used dyes are:

Figure 2: Chemical structure of Phthalocyanine
2. Another derivative of pthalocyanine is aluminum pthalocyanine tetrasylfone (AlpcS4) that can absorb up to 676 nm. Although it has a drawback of phototoxicity of more than one week.

Figure-3: Chemical structure of Aluminum pthalocyanine tetrasylfone (AlpcS4)
3. Moreover, silicon phthalocycnine 4 is a derivative of phthalocyanine, which can absorb at 675 nm and it has been passed first phase of trial for breast cancer treatment.

Figure 4: Chemical structure of Silicon phthalocycnine 4
4. Different derivatives of anthraquinone can be used as PS. Hypeircine (naphthodianthrone) is one of them which has a large amount of chromophoric system that helps it to create photosensivity when brought under specific weavelength.

Figure 5: Chemical structure of Hypeircine (naphthodianthrone)
5. Derivatives of phenothiazine, known as PTZ, (Methylene blue,Toluidine blue) are used as PS because of their highly bioactivity. They absorb 666 nm, 596 nm and 530 nm containing ?max -82000 M-1 cm-1 and 51000 M-1 cm-1 . these are used in basal cell carcinoma and HeLa cervical tumur cells treatment .Some more derivatives of phenothiazine are Methyelene green, thionine, etc.

Figure 6: Chemical structure of Methylene blue(Left) and Toluidine blue(Right)
6. 4,5-Debromorhodamine(TH9409) is a derivative synthetic dyes of xanthene, which absorbs light of 514 nm and maximum ? is 100,000 M-1 cm-1. it is used because of having halogen atoms those helps in intersystem conversation easily .Another derivatives is Rose Bengal(?=549 nm and ?max =100,000 M-1 Cm-1).These are used for metastatic melanoma and breast carcinoma treatment with PDT .

Figure 7: Chemical structure of 4,5-Debromorhodamine(TH9409)
7. Merocyanine is a widely used cyanine derivative, which takes 556nm light with ?max-110,000 M-1 cm-1. It is used in meuroblastoma and leukemia treatment because of its brighter yield and stability in fluorescence.

PDT treatment procedure: The whole treatment process contains a systematic way. Without one step another step can not be done. Before starting the treatment, some precaution measures should be taken by the patient ,instructed by the doctor, so that there may have no difficulties in treatment procedure.
At first the tissue or subcellular localisation is mandatory, where the PS would be set up. Recently ,the subcellular localization is thought as better than tissue where Mitochondria, Golgi apparatus, Endoplasmic reticulum, plasma membrane ,nuclei of the desired tumor cell, tumor vasculature and lysosomes are the key parts. There are different specific PS for different parts of cell like:

Figure 9: The subcellular localization of the PS in different organelles
Then, the desired PS is made as a liquid state with proper solvent so that it can penetrate into the subcellular location. The liquid PS is injected into vein so that it can spread to the whole body cell. Because the PS will enter into heart first and then to the whole body by artery. The arteries will be divided into many blood vascular and then lymphatic. Finally the PS will penetrate into the cells of whole body and take place of different cell parts.
The patient will be kept into a dark room for several hours and within that time the carcinogenic cells will take the PS semi permanently where normal cells will not be able to absorb them. As a result the PS from normal cell will be come out and there will be no PS without cancer cells. By this way the cell with cancer could be detected easily.
After that,the patient sits on chair or lies down on bed and the light source is switched on. The light source is kept near the part of body where the cancer cells are detected like eye, breast, etc. There are different types of light source can be used depending on PS such as red light, blue light, light emitting diodes (LEDs), intense pulse light, laser light and sometimes visible light.
The insertion of light into the desired cell is done by both absorption and scattering process. However, it also depends on tissue type and light wave length. The irradiance time may be few minutes to half an hour depending on cancer cell type. Sometimes it may create burning feeling to the patients when irradiance takes longer time. For this reason small fan could be used to keep the part cool. However, for the cancer cells which are into the inner part of body or into the inner organ of body (lungs, stomach, bladder, etc.), the light is passed by the help of optical fibre cable.
Finally, the light will excite the PS and with the presence of oxygen, PS will create cytotoxic effect (ROS: Reactive Oxygen Species) into cells. As a result, the cells will be died.

Figure 11: Different irradation methods depending on PS localisation
Mechanism of working of PS: When the PS is brought under the specific light source , the auxochromic group absorbs the light. The molecule present in the auxochrome receives the energy from light and photons .As a result the electrons of the molecule jump to the higher level state (excited state, Sn) from ground state(S0). This can contain some other sub excited state (Sn’). Then the excited electrons can make internal conversion(IC) among the sub excited state and it is a non radiative process. The electrons are still in singlet state because the is no change in the spinning direction of the electrons. After a very short time ,the singlet electrons lose energy and return back to the ground state. It is known as fluorescence and fluorescence causes the colour to the auxochrome thus whole PS. This process is so short (10-9-10-6 seconds) because of same spinning direction weather singlet to singlet or triplet to triplet.

a. Oxidative Electron transfer process: At first a substrate (R)molecule transfer an electron to the excited triplet PS and create substrate radical cation (R.+) and PS radical anion (PS._). The molar oxygen present in a cell react with PS radical anion and produces superoxide radical anion(O2._). Finally that produces a highly reactive hydroxyl radical (OH.).This radicle will cause damage to the DNA part of cell by cytotoxicity.

2. Energy transfer process:
In this process, excited triplet PS clashes with a molecular oxygen and transfer energy to molecular oxygen. As a result, the oxygen becomes excited singlet from ground triplet (3O2-1O2*) and PS becomes ground singlet from excited triplet (3PS*-1PS).This singlet excited oxygen molecule lasts up to some milliseconds (nano seconds in previous time) and causes cell death. Because this singlet oxygen is highly reactive.

This cell death does not affect the side cells of the cancer cells because it happens only into the cell where PS presents.

Figure 12: The whole procedure of working mechanism of a PS (photochemistry)

However, someone can think that why does not a molecular oxygen get energy directly from light source. This is because it absorbs light source and go the excited state but it can not do inter system crossing and no change in spin. There is a large amount of intersystem gap for which it can not do that.

HOMO-LUMO of molecular Oxygen: After gaining energy from excited triplet PS, the molecular ground triplet oxygen(parallel spins of the two unpaired electrons) becomes excited singlet oxygen. Normally the ground state of oxygen is a paramagnetic state. However ,from square law of Einstein, it can be seen that the diffuse distance(d) of excited oxygen from the point of origin.

For instance, a PS named Tricyclic cationic chromophore, which has a basic structure (Figure 14 – Left). Here R is H, alkyl, aryl, heteroaryl, etc. By changing the side group we can produce different PS. Here If X and Y are N and S respectively and R is methyl group then it creates methyl blue, a popular PS, which is a derivative of phenothiazine. (Figure 14 – Right)

However, there are many classes of PS can be synthesised with the same tricyclic. (Figure-15)