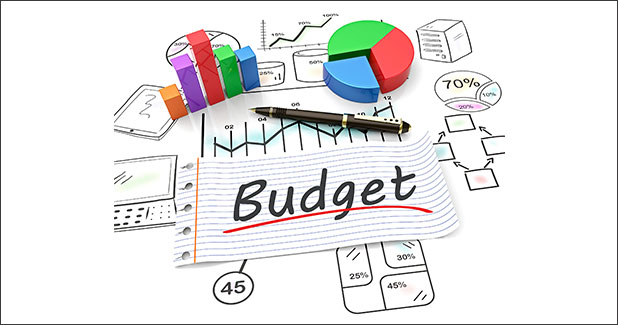 The Union Budget 2017 was presented for the fourth time by Finance Minister Arun Jaitley on February 1, 2017. For the first time, Railway and General budget were clubbed and presented together. Moving on from the traditional practice of presenting the budget in March-end, the Finance Ministry has presented it on the first week of February, keeping in mind the effective implementation of the policies right on the start of new financial year, better utilise the period prior to monsoon and higher use of the funds allotted for different schemes.

Amidst global slowdown, India is expected to be among fastest growing major economies in 2017 and is expected to grow at 7.6 per cent. The Government has fiscal deficit target of 3.2 per cent from 3.5 per cent of GDP last year.

Indian textile and clothing industry has played a significant role in rise of Indian economy for decades and contributes about 14 per cent to total industrial production, 5.3 per cent to the countryâ€™s GDP and 13 per cent share of total export earnings of the country in 2015. Indian textiles industry has been witnessing a robust growth and was estimated to be worth $104 bn in 2015, including both domestic consumption and exports, and is projected to grow at a CAGR of 9 per cent to reach $238 billion, by 2025. The last year witnessed a decline in exports due to global slowdown and it is expected that a robust domestic economy will be able to compensate for the slow export growth.

While analysing the impact of Budget for the textile Industry, we must keep in mind the special textile package by the Ministry of Textiles on July 2016 with an outlay of Rs 6,000 crore to boost exports and create employment in apparel industry and provide India an impetus to compete with other sourcing destinations in South Asia.

Though, there was hardly any mention of textile sector, the Budget allocation for Textile Ministry and other schemes would have positive influence on the industry. There is an emphasis on ease-of-doing business, reviving rural consumption and employment opportunities, which in turn would provide indirect impetus to the textile industry.

Over the years, Budget allocation for the Ministry of Textiles has increased by a few hundred crores, but this year the allocation is significant with a total budget of Rs 6,226.5 crore compared to Rs 4,595 crore last year (a 35 per cent increase). This shows the positive attitude the Government has towards the textile sector. As a part of larger initiative of â€˜Make in Indiaâ€™, much-needed impetus is being provided by the Central Government.

On skill development, two programmes were launchedâ€”Skill Acquisition and Knowledge Awareness for Livelihood Promotion programme (SANKALP)â€”with an outlay of Rs 4,000 crore and second phase of Skill Strengthening for Industrial Value Enhancement (STRIVE) with an outlay of Rs 2,200 crore. These initiatives would boost skill training and in turn lead to higher employment opportunities for textile and apparel sectors, among other sectors. In addition to these programmes, Rs 200 crore under PM Paridhan Rojgar Yogna has been earmarked for employment in garment industry.

To boost foreign investments in India and to ensure hassle-free ecosystem, the Foreign Investment Promotion Board (FIPB) would be phased-out thus increasing the ease of doing business and higher foreign investments in the textile industry. The corporate tax for SMEs (with turnover less than Rs 50 crore) has been reduced to 25 per cent from 30 per cent. This would significantly boost textile industry which has a significant share of SMEs across the complete value chain.

In addition to the general Budget, Ministry of Textiles has announced an outlay of Rs 1,555 crore for remission of State levies for garment exports. This initiative would boost garment exports with refund of state levies in addition to duty drawback. During the Budget, the FM proposed a model law for states to implement contract farming. This law, if materialises, would provide boost to cotton and natural fibre industry, thus impacting the whole textile value chain.

The Budget outlay for flagship technology upgradation scheme TUFS of Textile Ministry has been reduced by 22 per cent to Rs 2,013 crore from Rs 2,610 crore. This would lead to reluctance in the industry to invest in technology upgradation and greener technologies. Globally synthetic fibre products are growing at a higher rate compared to natural fibre products, but the current duty policy (exemption for natural fibres and duties for synthetic fibres) is affecting the synthetic value chain thus making synthetic fibre industry less competitive. The synthetic textile industry has been looking forward to The government initiatives on fibre neutrality.

The industry has also been seeking for FTAs with key global consuming markets to remain competitive with other sourcing destinations in Asia. Textile Policy of 2016 coupled with demonetisation has so far provided a mixed results in the textile industry. In the next couple of quarters, we would have a better picture on the implementation and results of these Government initiatives. We will also need to see on how does GST gets applied and the effect it would yield in simplifying the overall business.

The focus of the Government initiatives are skewed towards end-of-value-chain products and to boost garment exports. Other key areas of value chain such as trims and accessories, fabrics processing, R&D, upskilling of entry-level workers have been left out from the purview at this point of time.