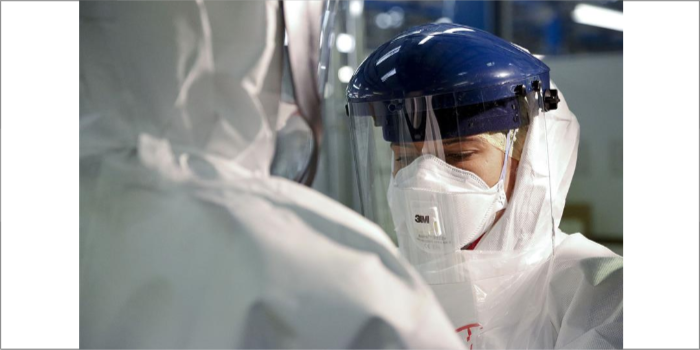 Manufacturing boost will play a vital role in the building of
global economy. Yesterday, United Statesâ€™ President-elect Joseph R. Biden, Jr,
unveiled Rescue and Recovery plan to counter the pandemic and grow the economy.
The stimulus plan of US$ 1.9 trillion focuses on priority items such as
vaccines, COVID-19 testing, economic plans such as direct payments and
unemployment support, to name a few.

The rescue plan is a prelude to a broader growth agenda,
where emphasis is placed on manufacturing among other items such as
infrastructure investment, etc. In the speech, President-elect Biden stated,
â€œWe will buy American products and support millions of American manufacturing
jobs.â€ The plan also calls for investments in research and development enabling
innovation and creating new opportunities.

PPEs such as masks have come to prominence as life savers
due to the nature of the transmission of the corona virus. World governments
will pay attention to boosting their respective advanced manufacturing sectors
such as technical textiles, sustainable production, logistics and distribution,
as is evident from President-elect Bidenâ€™s speech.

The need to have manufacturing resources and supplies such
as PPEs within their borders will strengthen manufacturing and allied sectors
of nations. Initiatives such as Made in America and Indiaâ€™s Atmanirbhar Bharat
(Self-reliant India) will shine new light on manufacturing. Other fields that
have direct and indirect influence on manufacturing such as technical
education, R & D will also play vital roles towards recovery and growth.

Indiaâ€™s Prime Minister Narendra Modi in last monthâ€™s Mann Ki
Baat talk to the nation emphasized the importance of curiosity for personal
growth and highlighted the need for innovation and start-ups to grow the
economy. Again, a clear indication that sectors such as manufacturing, and
research are attracting high level attentions.

There needs to be a focused attention on developing
manufacturing and allied fields, which needs cooperative efforts among
stakeholders such as the industry, government, and academia. â€œIn this regard,
it is good to highlight the efforts, India has been doing for over two decades
in promoting the technical textiles sectors. I was personally involved in the
effort creating awareness on the nonwovens field, which has enabled India to be
self-reliant in PPEs as a countermeasure in the COVID-19 times,â€ said Seshadri
Ramkumar,  Professor, Nonwovens &
Advanced Materials Laboratory, Texas Tech University, USA.

In a recent interview with National Public Radio, United
Statesâ€™ Vice President-elect Kamala Harris highlighted the need to boost the
supply of PPEs and the availability of Defense Production Act to gear up
resources if necessary. PPE manufacturing, which is a technical textiles sector
is garnering attention at the highest levels of governments. Developed
economies will surely take steps in growing high-end manufacturing–a positive
revival indeed!