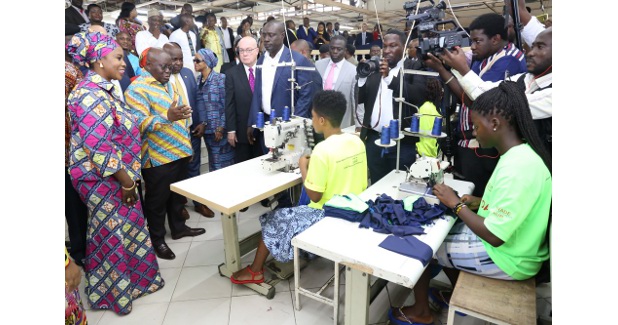 Apparel recycling a growing concern in US

Right before the inevitable excesses that are a hallmark of the winter holidays came America Recycles Day, a national initiative of Keep America Beautiful.

Right before the inevitable excesses that are a hallmark of the winter holidays came America Recycles Day, a national initiative of Keep America Beautiful. On November 15, events were held throughout US schools, workplaces, and communities to raise awareness about recycling, as well as collect millions of pounds of materials that would otherwise clog the countryâ€™s landfills. While many might immediately think about glass, plastic and paper refuse, there are programmes in place to help those who want to recycle apparel, too.

But beyond America Recycles Day, salvaging clothes for other uses is a growing concern in the apparel industry. â€œMomentum is growing amongst sector leadership to align initiatives and join forces for scale and impact in this area,â€ says Ted van der Put, consultant and former executive advisor of IDH, Sustainable Trade Initiative, a public/private partnership for sustainable development. Among other things, IDH works on recycling programmes with organisations like Fashion for Good, Cradle-to-Cradle, and Fair Fashion.

IDH also collaborates with apparel labels that include C&A, Kering, Nike, Gap, and fast-fashionâ€™s H&M. But recycling clothes is a concern that is growing throughout the industry, from Patagonia and The North Face to American Eagle Outfitters and Madewell.

The burgeoning need for apparel recycling has grown along with Americansâ€™ appetite for trendy clothes. According to the Environmental Protection Agency, textile waste increased 38 per cent between 2000 and 2011 â€” a rate more than three times the overall waste volumes for all materials. The agency says the production, use and disposal of more than 19 billion garments per year is causing significant environmental and health problems.

The Council for Textile Recycling reports that an incredible 85 per cent of Americaâ€™s used clothes goes to landfills. Just 15 per cent is recycled or donated. Of the clothes that are recycled, 45 per cent go to secondhand clothing stores, 30 per cent are cut down and used as rags, and 20 per cent are ground down and reprocessed (5 per cent is considered unusable).