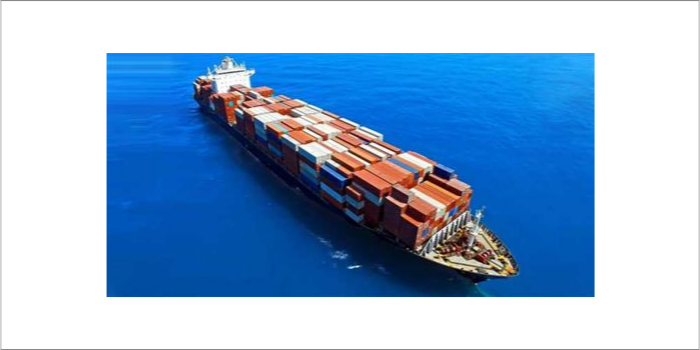 ADD on acrylic fibre, a death knell for knitwear

At the time of Pandemic further Imposition of anti-dumping duty (ADD) on acrylic fibre (AF) raw material sounds Death Knell for Ludhianaâ€™s knitwear industry views Ludhiana Spinners Association (LSA). Over the decades the Ludhiana Spinners Association (LSA) has been striving to highlight the concerns of the textile industry in the region and plays a catalytic role in engaging with all its stakeholders including policy makers for facilitating growth by resolving the unitâ€™s concerns.

Of late millions of workers attached to the AF industry in Ludhiana are keenly watching for outcome of the ongoing ADD review based on the petition filed by a few producers. A large number of these units has been suffering, as their growth has been hampered and stopped for more than last two decades due to the continued imposition of the ADD on this AF imported from one country or another. AF is their basic raw material for making value added products like sweaters, shawls etc.

They hope that this time the decision on this duty will certainly be based on merit of the case and also on the basis of larger public interest as has been seen in the case of recent abolition of the ADD on PTA, which has given a big boost to the synthetic fibre industry. But continuation of this unkindest duty will be double whammy for them particularly at the times of pandemic. These millions of units are putting all their faith in the system which has assured them that whatever the decision taken will be made purely on merit and hence they are eagerly waiting.

However, some are viewing this as what is heading to be a David versus Goliath fight, the three bigwigs of AF industry for protecting profits are putting â€“ 10 lakh jobs and 7,500 MSMEs at stake. Ludhiana, known for its sweater and hosiery industry, uses acrylic yarn as basic raw material which is made from acrylic fibre. AF also known as common manâ€™s wool is produced by three players in India of them two themselves are spinners and consume their own fibre.

These three players have moved DGTR to impose ADD on acrylic fibre, they wish to control the market, by putting other spinners and hosiery industry at disadvantage. Itâ€™s a matter of survival for these millions of units.

MM Vyas, Chairman of LSA, informed that combined these three fibre producers employ about 6,000 persons versus 45,000 to 50,000 employees, of 50 to 60 members of Ludhiana Spinners Association headed by him plus additional nearly 10 lakh persons are employed by the knitwear industry. Vyas explained that the spinners in Ludhiana import AF and also buy locally and produce acrylic yarn for knitwear segment.

He informed that these AF producers now compete as spinners with own customers, they wish to dictate terms and avoid competition. One of the AF producers has doubled his spinning capacity over last two years.

Vyas further added that this would mean the local spinners would be forced to buy expensive AF, putting millions of knitwear producers at disadvantage. Over the yearsâ€”Bangladesh has been supplying sweaters in India, and volume has been increasingâ€”the cost of acrylic yarn in Bangladesh is cheaper than India , it may be noted that India has already imposed ADD on many countries. Acrylic yarn prices are already high in India as compared to rest of the world, with increasing import of sweaters and now combined effect of Covid 19, lakhs of units in Ludhiana would be at loss and their survival will be uncertain in case such duty is imposed on AF suppliers.

The move has been opposed by various Knitwear associations of Ludhiana such as Knitwear Club, KAMAL, etc. Dr Ravindra Verma, of NITMA (Northern India Textile Mills Association) added that time has come for us, small industry to make their voice heard and plead to the government to save these MSME sector and ultimately stop imposing the ADD on basic raw materials, he mentioned rather high duties should be imposed on value added products down the value chain, such as sweaters, yarn etc to stop their imports and encourage Make in India vision. He asserted that ensuring raw material availability at competitive prices is very important for enhancing competitiveness of our labour-intensive textiles industry, especially for the AF segment. It is part of the synthetic textiles and is a good replacement for wool and its main end use is in sweaters and shawls making.

Dr Verma said that high cost of raw material has stemmed the growth of Indian sweater industry over the years though it has huge potential for both exports and in the domestic sector. This high growth potential industry has been driven to this uncompetitive situation mainly due to hike in cost of inputs solely triggered by ADDs. This has been continuing for decades together and ADD on source after source has never allowed the downstream industry to explore and achieve its growth potentials.

He said over the years has rendered the industry in Ludhiana as in competitive and left it vulnerable. The Government must provide level-4playing field to the spinners and knitwear manufacturers in Ludhiana. He said that while users of this raw material have always been at the receiving end of these unwarranted duties, whereas the few Indian producers of AF are enjoying a very strong financial situation and there are not any sign of injury in their performance to warrant ADDs. Further, with the continuance of these duties lead to very high yarn price and sweaters/shawls will not yield any remunerative prices with such high yarn costs.

Countries like China, Vietnam, and Bangladesh are taking benefit of our lack of competitiveness with their low cost and lesser price. He reiterated that to regain the global market and ensuring large employment opportunities, it is important to stop this continued suffering of this important segment and reverse the situation to help the entire Indian acrylic industry vertical to take a high growth trajectory.

This is only possible if we can avail the basic raw material at internationally competitive prices without any duties. He suggested that strong will is the need of the hour to abolish the existing ADD and also for not to impose any fresh ADD on AF by the concerned. This would help overall growth of this high potential sector. This would also augur well in larger public interest for generating employment and making value added products.

Without ADD the downstream users can grow fast in their value added products and contribute to the Make in India movement in a competitive manner creating millions of employment opportunities and livelihoods.