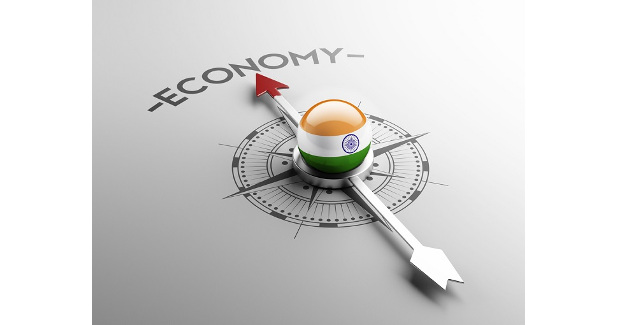 India's economy is projected to grow 7.6 per cent in fiscal year 2018-19, remaining the fastest growing economy in the world, as robust private consumption and benefits from past reforms help the country's GDP gain momentum, according to a UN report

India’s economy is projected to grow 7.6 per cent in fiscal year 2018-19, remaining the fastest growing economy

in the world, as robust private consumption and benefits from past reforms help the country’s GDP gain momentum

but sustained recovery in private investment remains a crucial challenge, according to a UN report. The UN

World Economic Situation and Prospects (WESP) says the GDP growth in India is expected to climb to 7.5 and 7.6

"Among the major economies, growth in India is gaining momentum, underpinned by robust private consumption, a

slightly more supportive fiscal stance and benefits from past reforms," the report says. It adds that although

capital spending has shown signs of revival, a more widespread and sustained recovery in private investment

remains a crucial challenge in India. In China, growth is expected to remain solid, supported by robust

in 2019. While ongoing efforts to address financial vulnerabilities will contribute to more sustainable

medium-term growth, the authorities face the policy challenge of ensuring that associated deleveraging does not

derail growth in the short term.

expand by more than three per cent this year and in 2019, reflecting strong growth in developed countries and

revision by 0.2 and 0.1 percentage points, respectively.

stimulus package in the US. World trade growth has also accelerated, reflecting a widespread increase in global

demand. Many commodity-exporting countries will also benefit from the higher level of energy and metal prices.

countries, the report notes that inflationary pressures remain contained across most developed and developing