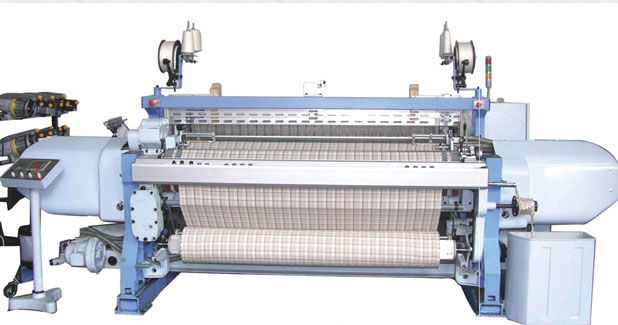 Most of the weavers today are aware of the factors influencing the breakage rate, although the relative importance contributing to these factors is not generally understood, opine PV Kadole, Manjunath Burji and MM Makandar. The grey yarn as obtained from the spinning process has to undergo various processes such as winding, warping, sizing and weaving before it is converted into fabric.

Most of the weavers today are aware of the factors influencing the breakage rate, although the relative importance contributing to these factors is not generally understood, opine PV Kadole, Manjunath Burji and MM Makandar.

The grey yarn as obtained from the spinning process has to undergo various processes such as winding, warping, sizing and weaving before it is converted into fabric. During its journey from winding to weaving, the yarn has to withstand various kinds of stress offered by different mechanisms. There are numerous factors which can affect the performance of yarn in weaving. The factors can be classified into following three classes:

This paper implies breakage only related to loom action and conditions. It is stated that the fibres are loosened out of the yarn structure by the abrading action of loom parts and ring around one or more yarns. So often a short length of fabric is woven, the weaving become totally impossible.

Other condition being equal the intensity of destructive action in the form of friction on back rest, in the heald eye, dropper and reed dents, depends on the magnitude of the reciprocating movement of the warp and repeats of the movement. The magnitude of movement is directly proportional to the width of the beat up strip. On other hand, the number of actions on each warp element is proportional to the fabric pack density being processed. The other factors contributing to the intensity of destructive action are: beat up force, coefficient of friction of the different elements and the extent to which the tension in the warp sheet varies and frequency of the action. The variation in warp tension and cyclic deformation arises largely from the beat up and shedding process.

In the process of weaving, the warp yarn is subjected to complex mechanical action. Some of these actions, location cause are listed in table 1. The end breakage rate for weavable single yarns depends upon irregularity of the yarn. Investigation of the causes of warp breaks in the weaving of spun yarns has shown that a substantial proportion of the breaks are caused by abnormal tensions sporadically occurring in individual threads as a result of obstruction of some kind.

In the traditional approaches to the problem of assessing warp yarn performance on the loom, researchers have investigated tensile strength of sized yarn and attempted to correlate it with weavability. However, the use of such tensile strength approach has not shown consistent correlations to weavability, because the process of weaving is far more complex and several authors have raised doubts as to this approach.

The failure of sized yarns on a loom is attributed to the cumulative damage caused by cyclic fatigue of relatively small forces combined with abrasion. The failure of warp yarns on a loom is caused by repeated cyclic elongation at small stresses well below the breaking point applied under static load. The phenomenon commonly known as fatigue is caused by the gradually diminishing resistance of the material, attributable to cumulative damage. Breakages on rapier weaving machine can be classified in to two categories â€“ weft breakages and warp breakages.

Weft breakages on shuttleless weaving machines are seen due to thin places present in the yarn and due to elements of weft insertion systems like accumulator, tensioner, finger box and rapiers. Weft breakages are measured at loom cycle degree of 3600.

1.2) Breakage in between 0 to 180 degree
Mainly in this zone weft breakage causes due to L.H rapier

1.3) Breakage in between 180 to 310 degree
Mainly in this zone weft breakage causes due to R.H rapier

2.2.3: Warp breakage at back side Back side breakages are due to

Majority of breaks are mainly confined to the shedding zone (i.e., from fell to lease rods or drop wires). If proper care and maintenance of machine is done the number of breaks can be reduced for giving better productivity and good quality fabric. Breakages are measured in terms of breaks per centi-million picks.