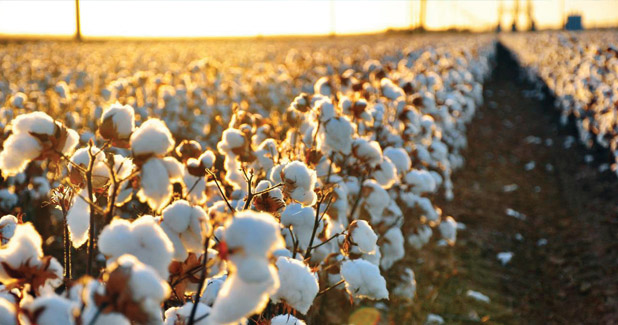 In the recent times cotton prices in the entire major cotton-producing countries have been falling posing problems to the farm community. More than that, the production estimates have also been steadily declining, causing worries to the cotton community.

In the recent times cotton prices in the entire major cotton-producing countries have been falling posing problems to the farm community. More than that, the production estimates have also been steadily declining, causing worries to the cotton community.

The USDA publishes weekly export data regarding US export sales and shipments for many agricultural commodities. Because these data are published weekly, figures are available to describe the entire 2018-19 crop year (ended July 31). As a result, it is possible to examine how the tariff increases on US fibre that China implemented last July affected US sales and shipments throughout 2018-19.

The tariff increase had a more significant effect on shipments than sales. Accumulated US shipments to China in 2018-19 were 1.6 million bales, 930,000 bales (-35 per cent) lower than in 2017-18. Despite the tariffs, China was the top destination for US pima shipments in 2018-19 (237,000 bales). Vietnam was the top destination for US upland (3.4 million bales). Turkey (1.4 million bales) ranked second, narrowly beating out China (1.4 million bales). In terms of total cotton exports (pima plus upland), China (1.6 million bales) was the second-largest destination (only behind Vietnam), demonstrating the continued importance of China for US exports, even after the tariff increase. While tariffs lowered US exports, the impact was not been as severe as it was for other commodities. For comparison, US exports of soybeans to China were down 61 per cent year-over-year in 2018-19.

The latest Chinese import data are for June. This means that data for all of 2018-19 are not yet available, but a full year of monthly figures have been published since the tariff increases were implemented (July-June). In those numbers, US market share was sharply lower year-over-year (47 per cent between July 2017 and June 2018, 17 per cent between July 2018 and June 2019). The decrease in share was a result of a strong increase in Chinese imports from all locations (+73 per cent or +4 million bales year-over-year June-July) and a decrease in imports from the US (-35 per cent or -890,000 bales). This implied significant increases in Chinese imports from most alternate locations, especially Brazil (+450 per cent or +1.7 million bales), Australia (+122 per cent or +1.4 million bales), India (+217 per cent or +944,000 bales), and West Africa (+196 per cent or +440,000 bales). Even with these shifts, the US ranked as the third-largest source (behind Brazil and Australia), demonstrating the continued importance of the US as a source of supply for China despite the tariff increase.

The US is scheduled to increase tariff rates on China-made apparel by 10 percentage points on September 1.

By raising sourcing costs for US retailers and brands, these tariffs may lower order volumes. However, the US has been making threats to increase tariffs on Chinese apparel for more than one year. Those threats have not caused any shifts in US apparel imports, with China continuing to represent about 40 per cent of imports of apparel of all fibres and about 30 per cent of cotton-dominant apparel imports. USDA data that convert apparel imports into their raw fibre equivalence show the volume of cotton brought into the US in apparel form (from all sources) has been gently rising over the past year (+4 per cent year-over-year during the first five months of 2019). With sourcing costs set to increase with tariff implementation next month, both the allocation and volume of retailer orders may change.

When the possibility of lower order volumes is extended across other supply chains, it becomes evident how the trade dispute can impact the global economy, and concern about escalating tariffs has been a reason forecasts for economic growth have been falling. Slower global economic growth is associated with slower growth in mill-use, and this can be another way tariffs can affect the cotton market.

Nonetheless, the trade dispute has demonstrated that it can quickly evolve. A resolution could improve the global economic outlook, apparel demand, and therefore, fibre demand. However, momentum appears to be on the side of further escalation, and there does not appear to be a clear path towards an agreement.

There is a reduction of two lakh bales in the projection of import of cotton and the same is now estimated at 29 lakh bales compared to 31 lakh bales estimated by the CAI previously. CAI has lowered its estimate of cotton imports for the season in view of actual import shipments reaching Indian ports till end of August 2019 being only 23 lakh bales, which are lower than estimated previously.

The yearly consumption estimated by the CAI is also retained at the same level as in July 2019, i.e., at 315 lakh bales. Indian cotton arrivals during the months of October 2018 to August 2019 were estimated at 307.02 lakh bales. Around 98 per cent of the total crop for the ongoing season has already arrived in the market.

Cotton plays an important role in the Indian economy as the countryâ€™s textile industry is predominantly cotton based. India is one of the largest producers as well as exporters of cotton yarn. The textile industry is also expected to reach $223 billion by the year 2021.

Cotton yarn and fabrics exports accounts for about 23 per cent of Indiaâ€™s total textiles and apparel exports. In 2017-18, Indiaâ€™s cotton production was 34.86 million bales of 170 kg each. Between April-October 2018, total textile and clothing exports stood at Rs 1.52 trillion ($21.95 billion). Between April-October 2018, exports of cotton raw including waste, cotton yarn, cotton fabrics and cotton made-ups grew by 26.01 per cent year-on-year to $6,893.05 million from $5,470.20 million during the same period last year.