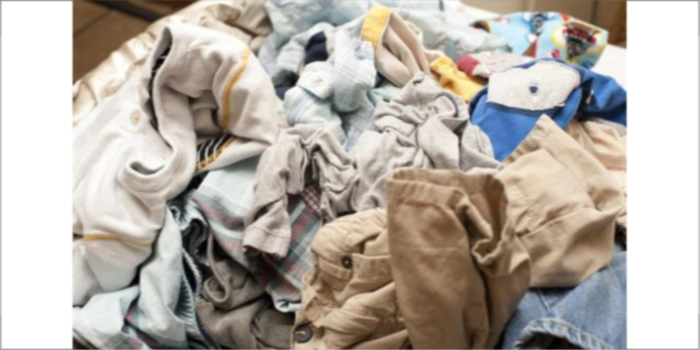 A four-year study by the Renewal Workshop revealed 82 per cent of what is considered apparel and textile waste can actually be renewed and resold, effectively meaning brands are â€˜sitting on their next supply chainâ€™, it said.

COVID-19 pandemic has raised the demand for more responsible products and fashion firms already have the necessary tools at hand, according to data analytics company GlobalData. A four-year study by the Renewal Workshop revealed 82 per cent of what is considered apparel and textile waste can actually be renewed and resold, effectively meaning brands are â€˜sitting on their next supply chainâ€™, it said.

â€œThe pandemic has given rise to the more responsible consumer, particularly among millennials and Gen Z, who are increasingly turning their backs on fast fashion in favour of more circular, and therefore, more sustainable products, which have been designed with the minimum waste and often from recycled materials,â€ commented Beth Wright, apparel correspondent for GlobalData, on its website.

â€œFashion firms looking to build back better from the pandemic and engage with this new breed of consumers, must tap into what is traditionally considered textile waste as a new raw material,â€ he added.

They have the potential to reduce the industryâ€™s reliance on virgin materials along with lowering water, energy, and chemicals, while avoiding competition with other sectors for non-textile feedstocks, Globaldata said.

Sweden seems to be leading the charge in terms of innovation. The country is home to what recycling firm the Sysav Group claims is the worldâ€™s first automated sorting plant for post-consumer textiles on an industrial scale. With a sorting capacity of 24,000 tonnes of textiles per year, Sysav says the newly-operational plant will revolutionise Swedish textile recycling and create new markets for textile waste.

Sweden also recently played host to the first retail model of the garment-to-garment recycling system pioneered by the Hong Kong Research Institute of Textiles and Apparel (HKRITA). The Looop recycling system launched in one of H&Mâ€™s Drottninggatan stores in Stockholm, with consumers able to watch their old garments being broken down into fibres and yarns to become the raw material for knitted new clothes.

Meanwhile, the UK Government has recently awarded Â£5.4 million to a consortium led by the Royal College of Art (RCA) to establish a Textiles Circularity Centre (TCC). This will explore methods to turn post-consumer textiles into renewable feedstocks and develop new supply chains.