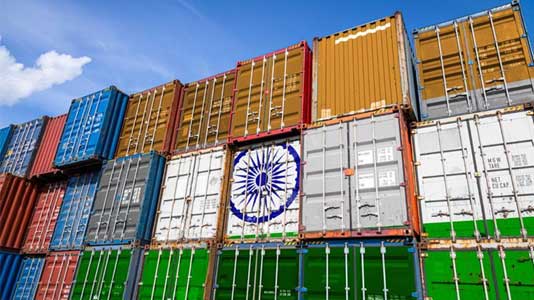 Textile exports go up by 41% during April-December 2021

Exports in the textile and apparel industry have increased about 41% in April-December 2021 over last year, said the Union Ministry of Textiles.

Exports in the textile and apparel industry have increased about 41% in April-December 2021 over last year, said the Union Ministry of Textiles.

The government has envisioned a target of $44 billion for textiles and apparel exports, including handicrafts. Approximately 68% of the annual target has already been achieved. According to the ministry, the textile sector has continuously maintained trade surplus with exports manifold higher than imports.

In an address to the All India Textiles Association, Piyush Goyal, the Union Minister for Textiles, says that India can take up bigger and bolder targets — especially eclipsing the elusive target of $100 billion in textile exports.

Late in December last year, the government also approved the Production Linked Incentive (PLI) Scheme for Textiles. The scheme will promote production of man-made fabric (MMF) apparel, MMF fabrics, products of technical textiles, and will increase the global footprint of India in the aforementioned products.