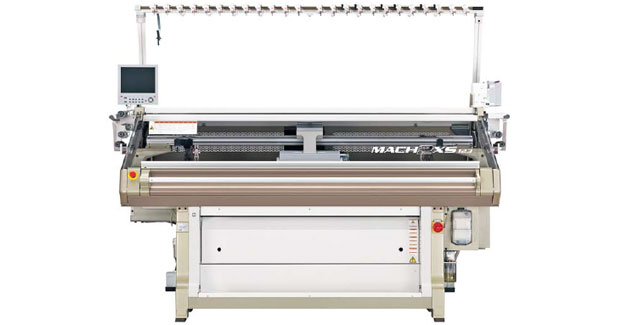 Leading Japanese computerised flat knitting machine manufacturer Shima Seiki Mfg, Ltd will exhibit at the ITMA 2015. The last time ITMA was held in Milan in 1995, Shima Seiki introduced the worldÂ´s first WHOLEGARMENTÂ® knitting machine. Capable of producing a garment in its entirety with no seams, it was revolutionary technology that was proclaimed Â´The Magic of the OrientÂ´.

Shima Seiki returns to Milan to celebrate the 20th Anniversary of WHOLEGARMENTÂ® knitting technology under the slogan Â´Innovation Coming of Age.Â´ Just as a 20-year old assumes new responsibilities as an adult and begins contributing to society, WHOLEGARMENTÂ® is likewise expected to take on an instrumental role in mainstream production in the coming age.

Appropriately for WHOLEGARMENTÂ® the official theme for ITMA challenges us to Â´Master the Art of Sustainability.Â´ Although by its very nature WHOLEGARMENTÂ® is considered one of the most sustainable forms of garment production with minimal dependence on labor, material and other resources, SHIMA SEIKI will propose several novel ways to produce WHOLEGARMENTÂ® knitwear even more efficiently by exploiting 3D shaping and tubular knitting characteristics. Furthermore with Italy and the rest of Europe in its scopes, at ITMA, SHIMA SEIKI will emphasise the economic and logistic advantages of WHOLEGARMENTÂ® knitting for local production in domestic markets.

Visitors to SHIMA SEIKIÂ´s ITMA 2015 stand can look forward to a compilation of two decades of ongoing research, development and refinement in WHOLEGARMENTÂ® knitting technology. The result of this effort is MACH2XS, a new flagship machine featuring the companyÂ´s original SlideNeedleÂ´ on four needle beds, that earns its position at the pinnacle of modern knitting machine technology.

Demonstrations will also be held on an updated version of Shima SeikiÂ´s SDS-ONE APEX3 3D design system that provides comprehensive support for the entire knit supply chain from planning and design to production and sales promotion. With a new 3D graphics engine for producing simulations with even higher quality, ultra-realistic Virtual Sampling minimises the costly time, energy and resource consuming sample-making process for quick and efficient evaluation and shortened lead times.

At ITMA 2015, Shima Seiki will be showing a wide range of textile applications including non-knitting technology such as the SIP flatbed inkjet printing machine and, for the first time at ITMA, the P-CAM NC cutting machine, to demonstrate its comprehensive strength and commitment to the textile industry as a whole. Especially noteworthy is a brand new design system called APEX-T, developed in collaboration with Toyota Industries Corporation that offers design solutions for use with the leading weaving machine manufacturerÂ´s air jet looms.

The SHIMA SEIKI booth will be over 650 square meters packed with innovations, in machinery, knitted examples and proposals for business models. The display will be subdued with a commemorative theme celebrating 20 years of WHOLEGARMENTÂ® knitting technology along with mixed splashes of modern and traditional Japanese motifs. Amidst growing concern over globally sourced textiles, SHIMA SEIKI emphasises the significance of its products being Â´Made in JapanÂ´ meaning all stages from R&D, manufacturing and assembly to individual inspection and shipping are all performed at their headquarters in Wakayama, Japan.

SHIMA SEIKI expects ITMA 2015 to be a springboard to a new era in knitting, with further proliferation of WHOLEGARMENTÂ® machines and design systems. This is not simply a matter of number of machines or sales figures, but upon examining the worldÂ´s market conditions and taking into account possible future scenarios, it is about a much bigger picture: How our customers can successfully maintain a profitable business; how the industry can transform itself from one relying on labor to one fueled by informat