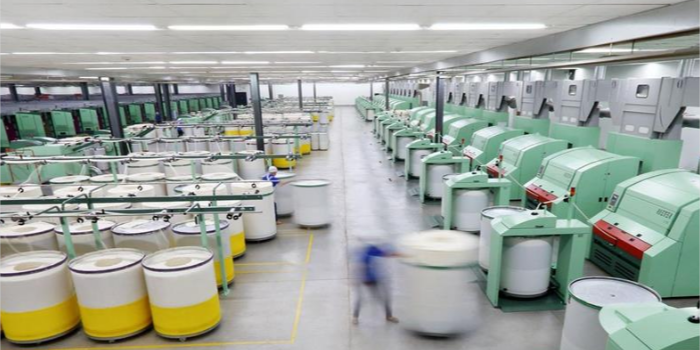 The COVID-19 pandemic led to a market situation where demand for the goods and services of all three business groups decreased significantly.

As reported on May 28, 2020, COVID-19 had a major impact on Rieterâ€™s
business in the first half of 2020. The COVID-19 pandemic led to a
market situation where demand for the goods and services of all three
business groups decreased significantly. The Business Group Machines
& Systems is affected by the deferral by customers of investments
and scheduled deliveries. At the same time, the demand for wear and tear
and spare parts declined sharply, due to the suspension of production
in many spinning mills around the world. This is reflected in the low
order intake and sales of the Business Groups Components and After
Sales. Hence, this exceptional market situation gave rise to losses in
all three business groups in the first half of 2020.

Sales
amounted to CHF 254.9 million (first half year 2019: CHF 416.1
million), which represents a decline of 39 per cent compared to the
previous year period. At Machines & Systems, sales decreased by 46
per cent. This was due to the low order intake in the first three
quarters of the previous year and deferred deliveries. Sales fell by 29
per cent at Components and by 34 per cent at After Sales.

EBIT, net profit, free cash flow and net liquidity
The
cost cutting measures already implemented contributed among other
things to a reduction in Selling, General and Administrative (SG&A)
expenses of around CHF 10 million. Nevertheless, due to the lower
volume, Rieter recorded a loss of CHF -55.0 million (before
restructuring charges: CHF -46.9 million) at the EBIT level and a loss
of CHF 54.4 million at the net profit level. Due to the buildup of
inventories for deliveries in the second half of the year and the loss
already mentioned, free cash flow was CHF -95.4 million.
As of June
30, 2020, Rieter had net liquidity of CHF 36.0 million, liquid funds of
CHF 253.5 million and undrawn credit lines in the mid three-digit
million range.