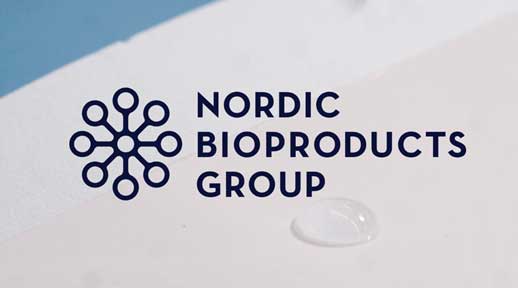 At a recent press conference, the company also revealed its collaboration with CMPC Ventures (Santiago, Chile), the Corporate Venture arm of CMPC S.A, one of the largest producers of pulp in the world.

The Finnish startup company is a spin-off from Aalto University that develops and commercializes smart biotechnologies to redesign cellulose into high-value bioproducts; it is the proprietor of the patented AaltoCell which has opened new markets for microcrystalline cellulose.

According to NBG, new and sustainable alternatives from wood- and plant-based feedstock are required to address the sustainability challenges of the textile industry. The company lists several Finnish innovations in this field that are ramping up textile fibres, from Spinnova Oy (Jyväskylä), Metsä Spring Oy (Espoo), Kuura (Espoo) and Infinited Fibre Co. (Espoo), to Aalto University’s Ioncell fibre.

In 2020, NBG began to develop a cost-effective and scalable textile fibre manufacturing process in collaboration with the University of Tampere (Finland), based on Dahl’s idea. NBG’s team of chemical and fiber processing engineers were able to find just the right parameters for the dissolution that enables wet spinning of the cellulose dope.

The first wet spinning experiments with NBG’s cellulose dissolution method were performed in June 2021. Six months later, in November 2021, yarn was successfully produced via the Norratex textile fibre at the University of Tampere. Several samples of the yarn were knitted at the Department of Design at Aalto University.

Several partners are now involved in the development and commercialization of the new fibre, the most important of which is CMPC Ventures.