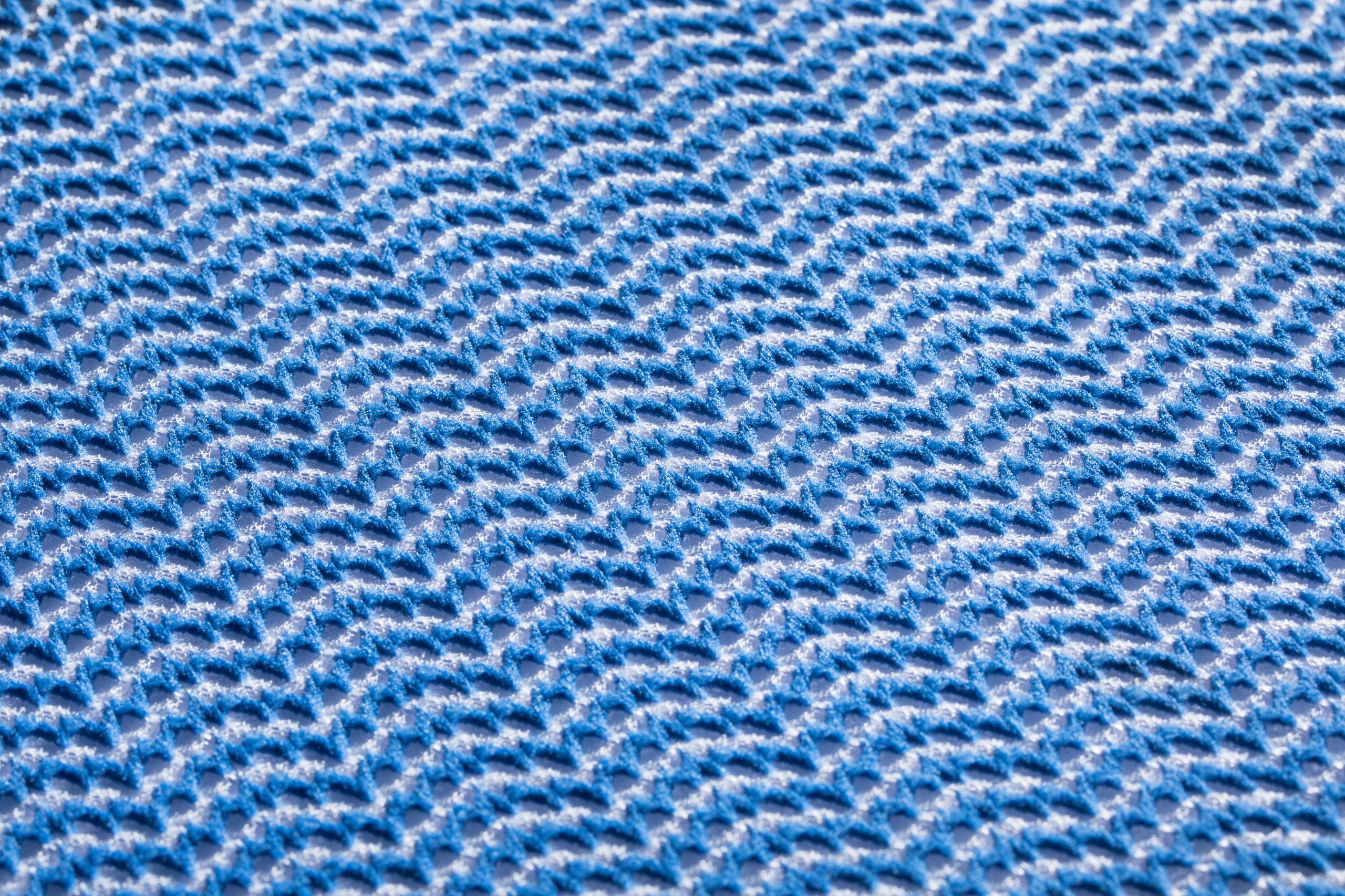 With the HKS 3-M ON, KARL MAYER has initiated the changeover of high-performance tricot machines to the digital generation. The subsequent patterning trials at the premises of the innovative world market leader confirmed the exceptional performance of the newcomer. The HKS 3-M ON works with lapping data that can be purchased online via KARL MAYER’s WEBSHOP SPARE PARTS, and loaded immediately thanks to the machine’s networking. This means that articles can be changed in a matter of seconds without mechanical intervention. The new HKS does not need any pattern discs, but achieves the high working speeds typical of mechanical guide bar drives. The innovative machine thus contributes to improving production performance.

In the first patterning projects, KARL MAYER’s textile product developers produced conventional basic articles, such as marquisette and flag fabric. They used the standard repeat length of up to 36 stitch courses – an increase of 12 stitch courses compared with the HKS 3-M model with pattern disc drive. All patterns could be produced with maximum efficiency and quality and changed quickly without any technical effort. There was no need for any manual intervention. Simply load the required lappings for an article via SwapKnit 36 or SwapKnit 36 Flat from the KM.ON cloud and production could start, with optimised machine data for maximum operating speeds.

Subsequent trials produced patterns with repeats of more than 36 stitch courses. The web-based software k.innovation CORE from KM.ON was used for this. With regard to the design, KARL MAYER’s textile specialists opted for variants with sophisticated crinkle looks. Articles with the crepe-like surfaces had already been successfully produced on an HKS 4-M EL in E 28. Now an HKS 3-M ON in E 32 was used, with the same material. In GB 1 and GB 2, a wrapping yarn made of polyamide with elastane in the core was processed. When relaxed, the two-component material gives rise to distinct plastic surface structures. GB 3 produced the fabric ground and alternated between polyamide and polyester feed. When polyester was used, targeted cross-dyeing resulted in sophisticated two-tone coloration of the three-dimensional goods. The relief effects are strongly pronounced due to the use of two ground guide bars.

In addition to the look, the performance of the items is right with the concise crinkle design. In clothing, they offer freedom of movement and a good fit due to their high elasticity. The three-dimensional structure also creates distances to the skin, which ensures a high climatic wearing comfort.