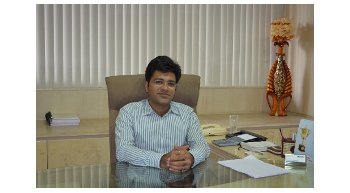 The Board of Directors have recommended 8 per cent Interim Dividend for the current Financial Year. During the quarter, pursuant to Shareholders Approval in the AGM and post in-principal approval granted by BSE and NSE, an Application money, being 25 per cent of the total consideration, has been received from M/s. Polus Global Fund towards 25,00,000 fully convertible warrants which shall entitle the warrant holder to acquire equivalent number of equity shares of Rs 10 each of the company at a conversion price of Rs 200 per equity share.

Deepak Chiripal, CEO, Nandan Denim Limited said, â€œDenim, despite being a staple fabric has got negligible penetration in the Indian market as compared to economies of similar population, offering huge untapped market opportunities. Post completion of the expansion plans, Nandan Denim Ltd, with much larger production capacities and product baskets would be optimally placed in competitive position to cater to the larger demand arising from India and overseas markets.â€

Headquartered in Ahmedabad, Gujarat, NDL has expanded its capacity from 6 MMPA to the intended capacity of 110 MMPA over the period of last 10 years. Further, company has earmarked a capacity expansion plan to strengthen its domestic market share, expand its exports business and have an increased focus on value-added segments. Post expansion, NDL will become the largest denim manufacturer in Asia and the fourth largest in the world.

The Company has a state-of-the-art manufacturing facility unit near Ahmedabad, Gujarat and exports its denim fabric to over 28 countries. A team of 3,000 passionate & motivated individuals drive Nandan Denim Ltd.