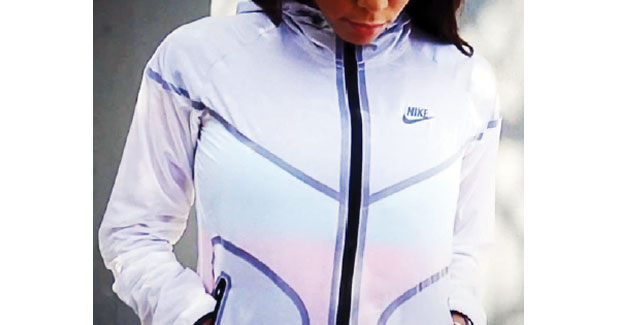 IndiaÂ´s man-made fibre industry is at cross-roads, and a now-or-never fighting spirit to corner a bigger global trade share is brewing. Karthik Muthuveeran presents a picture of the contentions and the claims.

For the man-made fibre industry (MMF) in India, its disgruntlement is turning into unceasing aggression. The reasons are many: China exports 65 per cent of manmade textiles out of its exports of $650 billion while IndiaÂ´s share of manmade textiles is hardly 20 per cent out of its exports of $40 billion. Worldwide, the consumption of manmade/synthetic fibres and textiles has gone up to 70 per cent against natural fibres share of 30 per cent. But it is the reverse in India.

What is hurting the MMF industry most is the lack of level-playing field with higher tariff barriers and a few neighbouring countriesÂ´ rampant dumping of fabrics into the country. Only the MMF industry, which is backed by sufficient raw materials and huge global demand, can give a boost to the Â´Make in IndiaÂ´movement in textiles, and it is high time the Government and the industry realise this to capture a bigger share in the global textile trade. MMF industry is readying for the battle. Â´Manmade and synthetic textile products being high technology products can alone attract FDI. Vietnam and Bangladesh which have gone way ahead of us in terms of growth could do so following uniform tax structure and attracted FDI in manmade/synthetic textiles,Â´ says Anil Rajvanshi, Chairman, Synthetic and Rayon Textile Export Promotion Council, in a recent letter to Arvind Subramanian, Chief Economic Advisor, Government of India.

MMF industry has started knocking at all the doors in the corridors of the powers that be. India has missed the textile bus in the last decade, and today small countries, which had weaker textile base, are threatening to overtake India. Vietnam has already become the second largest exporters of garments. A huge 78 per cent of BangladeshÂ´s export earnings come from textiles and apparel. Â´Hundreds of years ago, India had a share of over 50 per cent in textile trade, and today we are struggling with a 4.5 per cent share,Â´ says the recently-appointed Textile Commissioner, Dr Kavita Gupta.

RD Udeshi, President (Polyester Chain), Reliance Industries, one of the major players in the field of MMF, said, Â´India produces around 5 to 5.5 mn t of cotton and 4 to 4.5 million tonne (mn t) of MMF. To produce around $110 billion of textiles, you need 110 mn t of fibre. If you want the industry to grow from $110 billion to around $400 billion, the total fibre consumption has to increase from present, i.e., 8-9 mn t to 25 mn t. From where these fibres will come? Do we have the capacity in cotton? India has no option but to look for alternatives like polyester, acrylic, synthetics, etc.Â´

Â´Indian textile industry is largely cotton dominated, while the global market has more inclined towards MMF because of the various benefits they get. Out of the total fibre consumption in 2014, cotton took a major share of 55 per cent while polyester had a share of 38 per cent. However interesting times have been observed in the fibre consumption, wherein the share of polyester has been increasing in the recent years Â´ rising from 34 per cent in 2000 to 38 per cent in 2014. Share of cotton fibre will fall majorly in the future due to price volatility. This will increase the demand for MMF-based products,Â´avers Manojkumar Patodia, Vice Chairman & MD, Prime Urban Development India.

Rakesh Gaur, Sector Head Â´ Polyester, Reliance Industries, thinks that there is a lot of investment happening around in