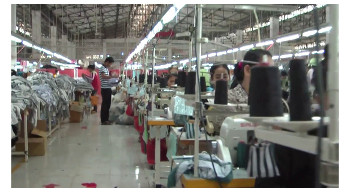 Indian textiles and clothing exports has been struggling during the last three years due to the absence of level playing field in the global market mainly because of high tariff rates in major markets and also non-refund of several taxes and levies.

adminSeptember 28, 2017 12:00 am 0
Indian textiles and clothing exports has been struggling during the last three years due to the absence of level playing field in the global market mainly because of high tariff rates in major markets and also non-refund of several taxes and levies. Under the GST regime, it was promised that all taxes and levies would be refunded. Textiles and clothing industry, the second largest employment provider of the country after agriculture and providing jobs to over 105 million people, was stagnated on export growth during the last three years with around $37 billion.
The Central Government realising the need for boosting textile exports and create jobs, announced a special package of Rs 6,006 crore during September 2016 for garments and included made-ups recently giving enhanced duty drawback rate and also ROSL (Refund of State Levies). However, the present announcement of the Government on duty drawback rates does not synchronise with the earlier Government announcement of boosting exports and job creation.
In the present announcement, only the old drawback rates have been retained when Cenvat credit was availed without any change and also without getting into detailed calculation of blocked tax burden on each product. The textile value chain has been under exempted route since 2004 and the drawback benefit and other export benefits were giving some competitive edge to the Indian textiles and clothing exporters with the competing Nations as India is yet to conclude any FTA with the major markets.  Countries such as Bangladesh, Vietnam have achieved significant growth in garment exports during the last three years while India export is stagnated at $16 to 17 billion per year.
P Nataraj, Chairman, The Southern India Millsâ€™ Association (SIMA) has appealed to the Ministry of Finance to have a re-look at the drawback rates applicable for textiles, refund all the blocked, embedded taxes, levies and accumulated input tax credit on fabric especially the processed fabric. Nataraj has stated that the cost of dyes and chemicals accounts 30 to 40 per cent of the processing charges. Dyes and chemicals attract 18 or 28 per cent GST making 3 to 5 per cent accumulation of input tax credit as the fabric or processing job work attracts only 5 per cent GST. He added that the service tax has been increased 15 to 18 per cent and several services have been brought under tax net under GST.
CATEGORIES Industry Update
TAGS gstSIMATextile Industrytextile millstextile newstextile tarifftextile tax
Share This