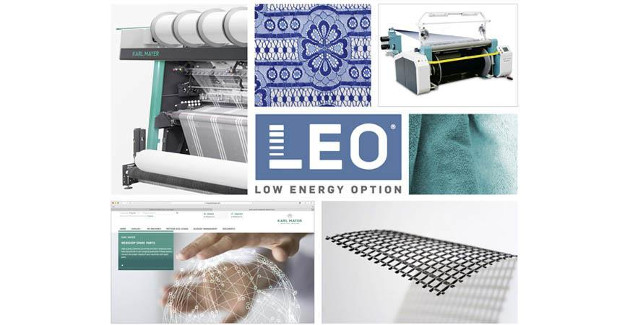 The Albstadt-based circular knitting machine manufacturer Mayer & Cie. (MCT) generated sales of around EUR 105 million in 2017 â€“ on a par with the previous year.

The Albstadt-based circular knitting machine manufacturer Mayer & Cie. (MCT) generated sales of around EUR 105 million in 2017 â€“ on a par with the previous year. The family-owned company also sold roughly the same number of machines as in 2016. The reason for the result, which fell short of the companyâ€˜s expectations, was a complex in-house ERP-system changeover. For the current year, Mayer & Cie.â€™s target is a significant increase in Group sales once more. Preparations are also scheduled to start this year for the integration of a sister company and its products.

Last year the Mayer Group â€“ the Albstadt headquarters and the Czech and Chinese subsidiaries â€“ generated sales totalling around EUR 105 million, which was almost identical to the 2016 result. That this figure fell short the companyâ€™s expectations was due to neither the market situation nor the order position, both of which continue to be positive. It was the result of an ERP system changeover that went into operation in summer 2017 after several years of preparation. That led to problems in the production flow, with almost completed machines could not be delivered to the customer because parts were not available at the required time.

â€œWe are dozens of machines behindhand,â€ says Benjamin Mayer, Managing Director of Mayer & Cie. â€œThat naturally has an effect on the result, which would otherwise have been significantly better. We did, after all, have the capacities and the orders. Fortunately, system changeovers of this kind are not a daily occurrence and we are confident that we have now largely put the initial difficulties behind us. We are sure that we will be able to work better and more efficiently than with our old system.â€

In addition to its ERP-system update, Mayer & Cie. invested millions last year in other modernisation projects, especially at the headquarters location in Albstadt. The company constantly and regularly upgrades its machinery, last year including, for example, ten new production machines. Work on the automated storage system has also progressed and is nearing completion. Mayer & Cie. has even done some refurbishment outside the factory gates; for over nine months, the freshly asphalted parking lot for employees has helped keep cars and shoes clean.