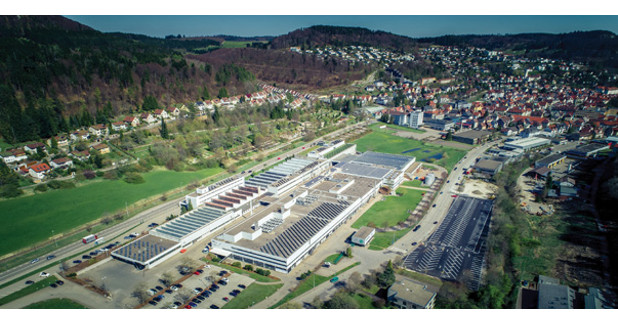 In 2018, Mayer & Cie. was affected most by turbulence in Turkey, traditionally one of the companyâ€™s most important markets.

The Albstadt-based circular knitting machine manufacturer Mayer & Cie. (MCT) generated sales of around EUR 110 million in 2018. Compared with the previous year, the long-established company reported a slight increase in sales even though 2018 was a year of considerable challenges and the global economic situation remains difficult, clouding the outlook for the year ahead. The company does, however, expect the industryâ€™s leading trade fair ITMA to trigger a textile machinery recovery in early summer. In future, Mayer & Cie. would like to make itself less dependent on the technical machinery market by developing its second mainstay, the manufacture of braiding machines.


â€œ2018 was a very challenging year,â€ says Benjamin Mayer, Managing Director of Mayer & Cie., reviewing the past 12 months. â€œWe had a great first half until trade policy developments led to a marked decline in sales revenue. Nevertheless, sales were good overall and at EUR 110 million we even managed to achieve a slight increase.â€ Mayer & Cie. was affected most by turbulence in Turkey, traditionally one of the companyâ€™s most important markets. At the beginning of the year the order intake was at a peak, only to collapse in the second half due to devaluation of the Turkish lira. In addition, the trade conflict between the United States and China unsettled the entire global economy. Repercussions on the textile trade took their toll. Business with Iran, for example, an interesting market for Mayer & Cie. as a potentially strong textile country, was made impossible by the reimposition of US sanctions. â€œ2018 again made it clear that the textile market and with it the demand for circular knitting machines is repeatedly subject to strong fluctuation,â€ Benjamin Mayer concludes.
Against this backdrop the integration of a successful line of business, the manufacture of braiding machines, should prove to be a good investment in the future.
By establishing a second mainstay that is independent
of the first, Mayer & Cie. is making itself less reliant on the state of the textile economy. Preparations required
for the production of this special machinery were completed on schedule at the end of 2018 and series manufacture of braiding machines began punctually at the companyâ€™s Albstadt headquarters in January 2019.
Unlike the currently declining market for circular knitting machines the sales outlook for braiding machines is excellent. â€œFrom todayâ€™s perspective the production of braiding machines is fully booked until the end of 2020,â€ Benjamin Mayer says. He anticipates 2019 sales of more than EUR 10 million in this line of business. The Albstadt team, consisting of 12 employees, is scheduled to make about 40 braiding machines in 2019. Until the yearâ€™s end production will be supported by the firmâ€™s US affiliate Mayer Industries because demand exceeds current German production capacity. Mayer & Cie.â€™s aim is to further develop what is already a very good market position in braiding machines. Production capacities are to be increased in Albstadt and an in-house research and development department is to be set up.
In the circular knitting machine sector the downturn in demand can be offset by in-house measures such as running down working time accounts. Mayer & Cie. is also looking at countries like Uzbekistan and Bangladesh, where developments are positive. Uzbekistan, a cotton producer, is becoming an increasingly interesting
market for circular knitting machines due to intensive government promotion of domestic textile production, while Bangladesh has for years been one of the companyâ€™s most important markets.
Mayer & Cie. anticipates a positive impetus from the industryâ€™s leading trade fair, the ITMA, to be held in June this year in Barcelona. Mayer & Cie.â€™s trade fair presentation will focus on sport and sportswear and on digital customer services. â€œWe are hoping that ITMA will kick-start a textile industry recovery, for in principle nothing has changed. The worldâ€™s population continues to grow and people continue to prefer jersey knitwear,â€ Benjamin Mayer says.
CATEGORIES Weaving
TAGS Benjamin MayerBraiding Machinescircular knitting machineMayer and Cie
Share This