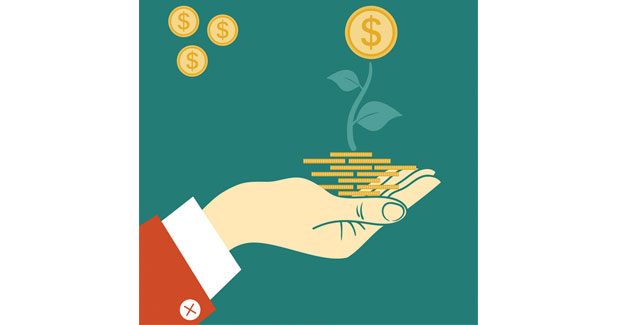 GSTâ€¦ GSTâ€¦ GSTâ€¦ Anywhere and everywhere and in each corner of textile industry, right from mills, textile traders to textile suppliers â€œGSTâ€ is the talk of the hour. Recently it is the only buzz that has been heard in the Indian manufacturing sector across all sectors. There are reports and synopsis presented on GST.

Anywhere and everywhere and in each corner of textile industry, right from mills, textile traders to textile suppliers â€œGSTâ€ is the talk of the hour. Recently it is the only buzz that has been heard in the Indian manufacturing sector across all sectors. There are reports and synopsis presented on GST. Experts are trying to explain this new GST concept in the best way possible. There are also articles published on GST and its impacts both positive as well as negative. People are talking about the burdens that manufacturers and consumers will have to face due to higher GST rates on certain commodities. All round GST is being analysed day in and day out. Such a situation is bound to happen as a tax reform is something that will create chaos and people need expertsâ€™ opinions to understand the situation and remodel their structure.

So, basically GST as clarified by Government is a one-time taxation system that further splits up into various slabs. This taxation system is ultimately going to be beneficial as it has eliminated all other taxes and duties that we used to pay before 30th of June. In GST regime, all types of manufacturers producing anything and everything will all be weighed systematically and they will come under one roof. All these manufacturers will now work in a structured format. Earlier there were some loopholes in the system which facilitated malpractices due to which a large section of unorganised sector prevailed.

With this GST regime everybody will procure, manufacture and sell only through a defined system. All the services from the vendors will also be considered under the surveillance of GST reform. Thus in this system each and every commodity will be under the scanner, creating a transparent module that will facilitate more business opportunities in a structured format.

While focusing on textile Industry, it is observed that there is a gap in understanding GST, given the fact that there were very late reactions by most of the industry associations related to the changes and impacts of the GST. Some of those issues are related to various fibres; for example in case of cotton textile related activities there is a common GST of 5 per cent till fabric level and at garment level there are two different slabs whereas in case of synthetic fibres there is an issue as the GST on synthetic yarn is higher than the GST on fabric. This difference will create an accumulation of GST credits for which till date there is no solution. However I am positive that government will address this issue and provide a solution at the earliest.

All said and done, the Government is quite confident and firm on the implementation of GST. They have clearly indicated that GST must be implemented at any cost and it has already been executed from 1st July 2017 onwards. Any corrections or alterations then after will be incorporated and executed as and when it is approved.

If we analyse the growth of manufacturing hub in India, Since 2012, entire world is eyeing on India as a major contributor for global economy. Whereas Indian investors are only eagerly waiting and holding on their new business ventures with the hope of getting better reforms from Government. Though in early 2015 all reforms and government initiative were introduced to boost the manufacturing sector and things just started taking pace there was again a pause due to demonetisation as an excuse. This slowdown was further dragged on by the announcement of GST as various entrepreneurs had little idea on whereabouts and impacts of GST. Though GST is functional now, the current scenario has not changed much as manufacturers are only focusing on restructuring their system and every investment is sidelined.

But now it is time to rise as GST regime is very much into place, all the rates and exceptions are announced and the reform of Indian taxation has begun. The Central has clarified its system which is to be accepted and implemented with a positive mindset.

There is no going back now, GST is not just a concept anymore, but is the hard core reality.

It is now time for the Indian Entrepreneurs to kick-start new business ventures. Avail various benefits that the country is offering to the manufacturing sector and spin higher profits. The platform is all set for manufacturers as the GST reform is in action and all other policies are also launched. The State Governments like Maharashtra, Gujarat, Andhra Pradesh and Jharkhand have come out with economical investment propositions.

It is now or never for the investors and they must understand the current situation and encash upon these opportunities. As far as business houses focusing on export market is concerned there are clear cut guidelines of GST. Also procuring raw materials from different parts of the country will not have multiple taxes and then transforming into value added products will now be much easier. Hence, time has come that each and every investor starts investing in carrying out techno-economic feasibility report which will assist him or her to analyse the project viability. We all know it takes a year or two for execution of any project so it is now time to take action and invest immediately. If we Indians do not take advantage of the situation, then there are foreign investors who are just waiting in the wings to invest in a big way in Indian economy and take advantage of Make in India, Skill India and many other new initiatives of the Indian Government.