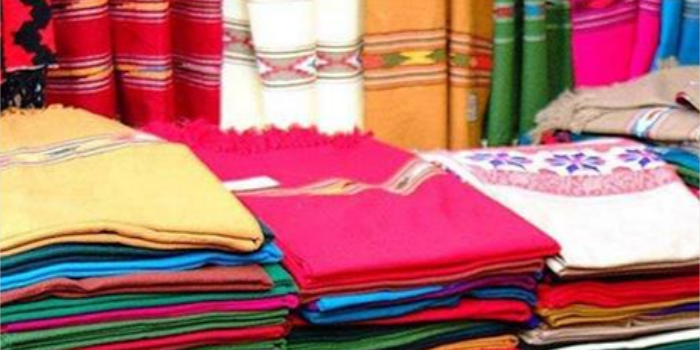 The government has set a target of $100 billion for textiles and garment exports over the next five years, the textile ministry said on Thursday.

The government has set a target of $100 billion for textiles and
garment exports over the next five years, the textile ministry said on
Thursday.

It called on the industry to take advantage of a global
market shift where China is pruning its market share in the labour-intensive
segment. Indiaâ€™s textiles and allied product exports stood at just $30.4
billion in FY21, down 10% from a year before due to the Covid crisis. In the
first five months of this fiscal, such exports jumped by 87% on year to $16.6
billion, aided by strong economic recovery in key markets such as the US and
the EU. Still, the target remains much too ambitious.

Darshana Vikram Jardosh, Minister of state for textiles, said
that, they will remain committed to ensuring implementation of all development
schemes and bring in many more schemes in pursuit of this aspiration. She was
speaking at an international conference on textiles & apparel, organized by
industry body CII.

Earlier this month, the Cabinet approved a scheme to
incentivise investments in setting up mega textile parks to build scale in the
fragmented sector. It followed a Rs 10,683-crore production-linked incentive
scheme for man-made fibre products and technical textiles. Export tax refund
schemes like the RoDTEP and RoSCTL have also been launched in recent years to
improve the countryâ€™s export competitiveness.

Speaking on the occasion, textile secretary Upendra Prasad
Singh said the government is making efforts to address various challenges and
facilitate the creation of an â€œenabling environmentâ€ for the growth of the
sector.

Kulin Lalbhai, co-chairman of the CII National Committee on
Textiles and Apparel and executive director at Arvind, stated that, the growing
sentiment around â€˜China plus oneâ€™ sourcing is a golden opportunity for Indian
textiles to stage a turnaround and gain back its leadership position as a lead
exporting economy.