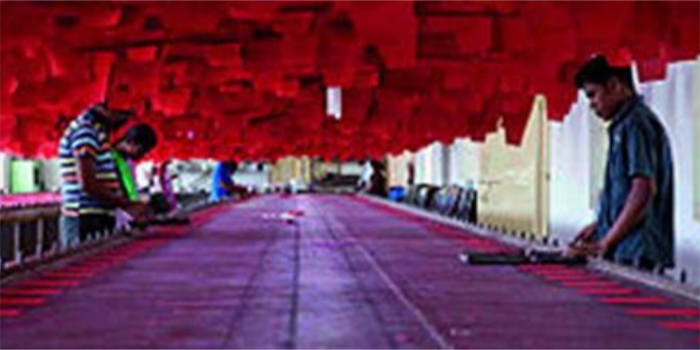 The labour intensive garment industry has asked for permission from the state government to function at full capacity.

The labour intensive garment industry has
asked for permission from the Karnataka government to function at full
capacity.  The factories have been
allowed by the government to work at 50% while the garment industry has been
allowed to function at 30% workforce. An appeal has been launched by the
Karnataka Employersâ€™ Association to improve workforce strength by 100%.

The garment
units in Karnataka have received deadlines to complete international and
domestic orders. These units have been severely affected during the lockdown
and have suffered huge losses.

As per the
letter written by the association to the Chief Minister, B.S. Yediyurappa,
because of the severe restrictions in Karnataka, the consumers were shifted to
other states like Kerala, and Tamil Nadu because these states did not face such
curbs. The association also pointed out another significant development that
even Bangladesh was under strict lockdown but the government had allowed export-oriented industries like the garment
industry to operate at 100% manpower. The association also said that the
foreign buyers might also divert their orders to countries like Bangladesh
because of uninterrupted supply in these states.

It was
highlighted by the association that in the manufacturing of garments, all the
employees should be present in the assembly line, and also if the workforce is
reduced, it might affect the production.