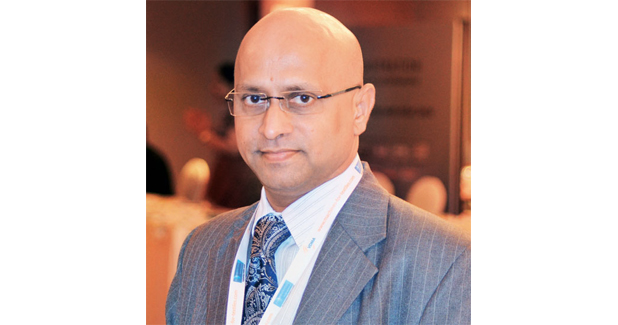 Is 2015 a watershed year for the textile technologies? Is the ITMA 2015 a gamechanger for the global textile industry? Joseph S, who witnessed some developments at the Fiera Milano Rho, attempts to explore the sentiments that prevailed at the fairgrounds.

Is 2015 a watershed year for the textile technologies? Is the ITMA 2015 a gamechanger for the global textile industry? Joseph S, who witnessed some developments at the Fiera Milano Rho, attempts to explore the sentiments that prevailed at the fairgrounds.

The 17th ITMA 2015, held at the Fiera Milano Rho from November 12 to 19, 2015, beat them all, with 1691 exhibitors from 46 countries Â´ the highest ever for any of the past ITMAs. The previous record, held by the ITMA 2007 in Munich had 1451 exhibitors from 38 countries. A new revolution or rather the beginning of a new evolution in the global textile industry has begun, and the fodder for it came from the sustainability move.

Said Charles Beauduin, President of CEMATEX, Â´the European Committee of Textile Machinery Manufacturers, at the outset: ITMA has a very strong reputation as the worlds most established textile and garment technology exhibition. We are grateful to our exhibitors and industry partners who have put their faith in the ITMA brand. The key to ITMAÂ´s success is its ability to reinvent itself and remain relevant to the industry that it serves.? ITMA 2015 took a net exhibit space of over 1,08,000 sq.m., occupying 11 halls in the Fiera Milano Rho fairgrounds. It was 20 per cent larger than the previous show at Barcelona in 2011.

The ITMA 2015 is a gamechanger in more than one way. Digital printing is taking dramatic turns, and the separate hall for the segment the first time ever ushered in a colourful era. Printing textiles and garments will never be the same as before. Mind-boggling colours and designs are the order of the day. Inkjet has scaled a new peak. An Israeli company presented Velvetjet Â´ one ink, all fabrics Â´ a concept so simple yet so unbelievable. Konica MinoltaÂ´s nassenger sp-1 is an ultra-high-speed digital textile printer, which has not only reduces downtime between jobs but also reduces effluent and use of fuels.

Next to the star performance of digital printing comes the dyeing and finishing sector, which occupied 23 per cent of the total space with 303 exhibitors. Water conservation plays a key role in the worldÂ´s scheme of things and massive efforts to save water, and reduce effluents could be seen at the very heart of the innovations in this segment. Enrique Silla, President of Jeanologia, a Spanish company, talks like a man with a mission. A background supported by over 20 years of experience and obtaining prestigious WGSN Global Fashion Award for best sustainable design team in the world, have turned Jeanologia into a global leader in the development of sustainable technologies for garments finishing. Light Scraper, a new optical system, which reproduces for the first time in a completely perfect way the aging of the jeans, will accelerate the replacement of manual scraping and full penetration laser technology in the textile industry. For the first time ever, a denim treatment plant will achieve ZERÃ˜Â® waste, thanks to the efficient combination of the laser, wet and dry Ozone G2, and the nano bubbles eFlow. With the introduction of the revolutionary JeanologiaÂ´s intelligent treatment plant, ZERÃ˜Â®, would achieve 90 per cent savings of water and chemicals.

Many more have joined the battle to make the Earth safer from cancer-causing chemicals and promote sustainability. Archroma showcased an array of solutions that combine performance, cost optimisation and responsible textile production under the motto Â´ Â´ITÂ´S WONDERFUL. Colour enhanced. Performance enhanced. Sustainability enhanced.Â´ From the small to big companies, innovations bordered on the princi