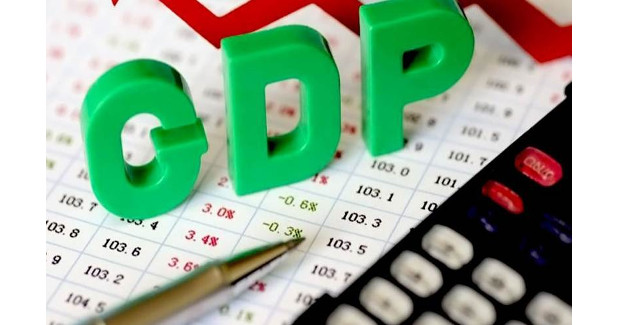 The economy continued its growth momentum as real GDP growth spurted to an eight-quarter high of 7.7 per cent in Q4, up from 7 per cent (revised downward from 7.2 per cent earlier) in Q3

The Central Statistical Office has released the gross domestic product (GDP) data for Q4 fiscal 2018 and the provisional estimates for full fiscal 2018. The broad takeaway is that there has been a sharp upturn in economic activity in the quarter ended March 2018, which has improved the real GDP growth for fiscal 2018 to 6.7 per cent, from 6.6 per cent estimated earlier. This is in sync with the healthy corporate results for Q4, if we leave out banks and oil marketing companies. Clearly, the economy is recovering well post implementation of the Goods and Services Tax (GST) last year, given steps from the government to resolve glitches.

The economy continued its growth momentum as real GDP growth spurted to an eight-quarter high of 7.7 per cent in Q4, up from 7 per cent (revised downward from 7.2 per cent earlier) in Q3. This suggests that demonetisation impact is fading and GST related glitches are getting resolved. The improvement in growth appears to be broad-based, with both consumption and investment showing improvement. Final consumption expenditure improved to 8.1 per cent in Q4, from 6 per cent in Q3, mostly supported by the 16.8 per cent rise in government consumption expenditure in Q4 (up from 6.8 per cent in Q3). This could be attributed to pay commission hikes being implemented by different states. Private consumption growth improved modestly to 6.7 per cent, from 5.9 per cent. Fixed investment growth jumped to 14.4 per cent from 9.1 per cent. However, the external sector remains a drag on GDP, with imports rising 10.9 per cent in Q4, compared with a muted growth of 3.6 per cent in exports.