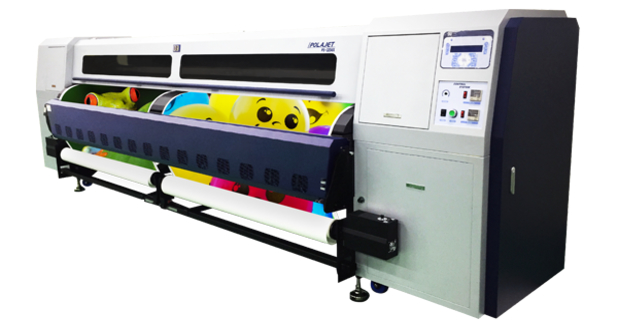 DGI is set to introduce two new textile printers to their current portfolio after the successful product launch at ITMA Barcelona of Poseidon & Apollon.

adminJuly 12, 2019 12:00 am 0
DGI is set to introduce two new textile printers to their current portfolio after the successful product launch at ITMA Barcelona of Poseidon & Apollon. Poseidon is a new mid-range 1.6 m wide sublimation transfer printer, which utilises the same industrial Kyocera printheads used in the true industrial DGI HSFT III.
This proven technology reliably enables the printer to have up to a 118 per cent speed increase over the DGI FT-1608. Poseidon is designed for unattended printing supporting a new sleep mode enabling the user to print jobs without being in attendance. This printer is targeted at the mid-level production company who needs a high volume of capacity but also needs the flexibility of multiple printers for different designs. There is also an â€œSEâ€ model which has an additional printhead enabling the customer to install spot colours or fluorescent inks alongside CMYK whilst maintaining the incredible speeds (offering production speeds of 120 m2 per hour). Later in the year a mini jumbo roll unit will be available to offer companies even more flexibility with the ability to load 2,500 linear metre of transfer sublimation paper.
Poseidon will be officially available to ship from August. Apollon is a new 16 printhead direct to textile printer which was shown printing with reactive inks at ITMA with production speeds of around 250 m2 per hour. This printer will be targeted at the fashion and interior dÃ©cor sectors.
CATEGORIES Industry Update
TAGS digital printingprinting industryTextile Industrytextile newstextile printersTextile printing
Share This