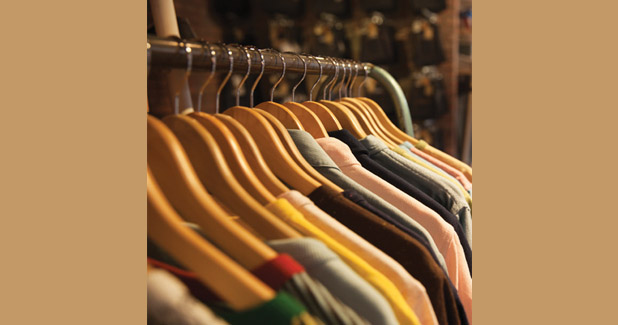 CMAI index on decline for 5 years

adminJune 19, 2019 12:00 am 0
Followed by a successful edition and growing demand of screen printing in various application areas in the Indian market, Messe Frankfurt Trade Fairs India announces its 15th edition scheduled from 24 â€“ 26 April 2020. Focussing on sectors like screen printing, textile printing, digital and sublimation, the next edition will host prominent names from the industry
as exhibitors.
CMAIâ€™s annual apparel index for FY2018-19 reveals, growth has been falling continuously for the past five years. In fact, except the first quarter of FY2018-19, the index values were much lower than comparable quarters in previous fiscal (FY2017-18). The Annual Index value of FY 2018-19 dipped to 1.71, the lowest ever in five years. Comparatively, the Annual Index in FY-2017-18 was 2.56; in FY-2016-17 it was 3.43 points similarly in FY-2015-16 it was 5.32 points and in FY-2014-15 it was 7.28 points. In fact, the index has been continuously falling over the years. FY2018-19 was marked by low business sentiment even during the festive season, perceived as the best time to make up for turnover losses, as buying is high at that time of year.
The onus for fall in the last three years could be attributed to demonetisation and the implementation of GST which have disrupted market sentiment and overall growth and the market has not yet recovered from their effects.
In the fourth quarter, CMAIâ€™s Apparel Index touched 1.55 points a clear reflection of low growth compared to previous quarter. In fact, Q4 (Jan-Mar FY 2018 -19) figures are lower than previous quarterâ€™s 1.87. Like earlier, small brands sales dipped this quarter, and Giant brands at 5.25 points reported a drop in growth, compared to last quarterâ€™s index figure of 6.00 and Q2s (July-Sept FY 2018 -19) impressive growth of 8.36. Except Large brands skyrocketing growth from 2.06 points in previous quarter to 6.93 points in Q4, all other brand groups reported a dip over last quarter.
CMAlâ€™s Q4 Apparel Index recorded a growth of 1.55 points, which is almost 2.5 times higher than the Index for Small brands (turnovers of Rs 10 to 25 crore) and Mid brands (turnover of Rs 25-100 crore) both at 0.63 points each. Large brands growth at 6.93 points, almost 4.5 times that of overall Index was the highest; at 5.25 points Giant brandsâ€™ growth is 3.38 times that of overall Index. In fact, this quarter it is the Large brands which recorded better growth. And, even though Giant brandâ€™s rate of growth this quarter is much higher than others it is not as high as last quarter. At 1.55 points, overall Q4 index is lower than previous quarterâ€™s Q3 Index at 1.86 points. While big brands (mid, large and giant together) have grown at 6.08 points, much more than 3.52 points of previous quarter, individually small and mid brands dipped badly both to 0.63 from their previous quarter index values. Giant brands too have lost growth at 5.25 from 6.00 points previously. Only Large brands have pushed ahead to reach 6.93 (over three times) from their previous quarterâ€™s 2.06 points.
Giant brands lost their highest growing group position to Large brands this quarter, however, both groups are still leading, outgrowing recessionary trends. Mid brands join Small brands this quarter failing to manage even moderate growth. Overall growth Index has been pulled down by these brand groups. If sales turnover was to be considered as the only parameter for determining Apparel Index, this quarter then overall Index would have reflected a growth of 0.52 which is higher than previous quarterâ€™s 0.88.
Cumulative Sales Turnover in Q4 is 0.52 a figure that is much lesser than that Q3â€™s 0.88. Around 39 per cent brands reported an increase in Sales Turnover this quarter compared to 48 per cent in previous quarter. â€œThe decrease in sales turnover was mainly due to a slowdown in business due to a slowdown in the market post-Diwali. There was a substantial decrease in demand also,â€ explains Paresh Dedhia, Owner, Dare Jeans. On the contrary French menswear brand Celio reported positive sales turnover as Satyen Momaya, CEO, Celio points out, â€œThe increase in sales turnover was due to our quality and we worked on an auto replenish model across our channels.â€ Similarly, lifestyle brand Monte Carlo gave a positive feedback as Mayank Jain, General Manager for the brand explained, â€œThe reason for an increase in the sales turnover is we had a strong and good winter. Weather conditions were good and winter lasted for a longer period.â€ Adds Shitanshu Jhunjhunwala, Director, Turtle, â€œThe increase in sales turnover was due to better work allocation. We had better sizes and availability of these sizes.â€
Sell Through recorded an Index growth of 1.22 this quarter compared to 0.96 of previous quarter, still showing pressure on fresh good sales. Maximum growth in Sell Through was reported by Giant brands. Mid brands however, clocked in the lowest value of 0.23. As Shyam opines â€œThe main reason for decrease in sell through is the online business has taken over a lot and has hampered business. It has actually killed it.â€
CATEGORIES Apparels & Garments
TAGS cmaiMayank JainMesse Frankfurt Trade Fairs IndiaSatyen Momayascreen printingTextile printing
Share This