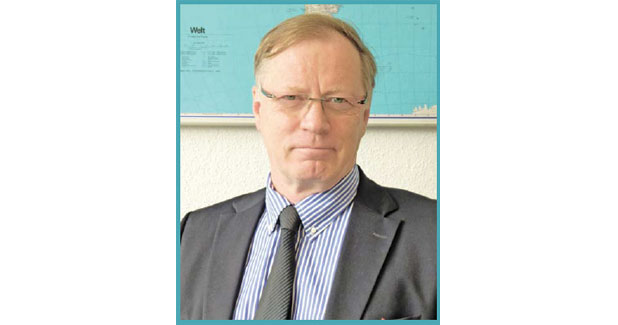 Cinte Techtextil China opens its doors tomorrow (Sept 4), with around 480 exhibitors from 22 countries and regions preparing for another successful showcase of the worldâ€™s leading textile innovations.

adminSeptember 3, 2018 12:00 am 0
Cinte Techtextil China opens its doors tomorrow (Sept 4), with around 480 exhibitors from 22 countries and regions preparing for another successful showcase of the worldâ€™s leading textile innovations. Leading international and domestic brands will feature in halls N1 â€“ N3 at Shanghai New International Expo Centre from September 4-6, making Cinte Techtextil the ideal place to make connections and gain insight into Chinese and Asian market trends.
The technical textile industry in the Asia region, and China in particular, has been growing steadily and is predicted to continue doing so. Chinaâ€™s total output of technical textiles and nonwoven products is estimated to account for 30 per cent of global production by 2020, and double that of 2013. This high potential for growth, achieved through investments worth billions of dollars, has drawn attention from European exhibitors, who are set to travel to the region for Cinte Techtextil.
This yearâ€™s European Zone will feature around 30 exhibitors from countries including Austria, France, the Netherlands, Sweden, Switzerland and the UK, while further exhibitors can be found in national pavilions from Belgium, Germany and Italy. In addition to this, the Czech Republic will present its debut pavilion, showcasing exhibitors with solutions for technical yarn, fabric processing and nonwoven fabrics.
In addition to this, exhibitors from 12 more countries and regions will present their latest innovations to the market. These include domestic and international exhibitors from China, Hong Kong, India, Indonesia, Israel, Japan, Korea, Saudi Arabia, Taiwan, Thailand, Turkey and the US.
Following higher regulations and quality standards that aim to exceed Western levels, demand is high in China for production machinery. Whatâ€™s more, with the national nonwovens market displaying particularly fast growth, Cinte Techtextil has attracted some of the worldâ€™s leading nonwoven and weaving machinery brands.
The fair will showcase leading global exhibitors across 12 application areas. Two areas to watch out for include Buildtech and Mobiltech, which are both performing well in Asia and specifically in China. The Belt and Road initiative brings Buildtech a great deal of benefits through Chinaâ€™s enormous investments in global infrastructure. Adding to this, Chinaâ€™s automobile production has been increasing 3 percent year-on-year, with particularly high growth seen in new-energy vehicles, SUVs and commercial vehicles. China has become the worldâ€™s largest auto producer, and this has been boosting progress in the Mobiltech category.
CATEGORIES Industry Update
TAGS Cinte Techtextiltechnical textile exhibitiontechnical textilestextile exhibitionstextile innovationstextile news
Share This