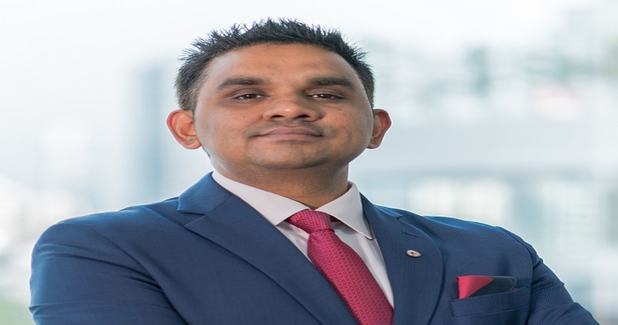 adminJuly 25, 2019 12:00 am 0
A leading global provider of escalators and elevators, Schindler India appoints Ashok Ramachandran the President of Schindler India and South Asia with effect from 1st July, 2019. Ashok Ramachandran joined the company in 2006 and has spent over a decade at the Company in various roles within the Schindler Group.
He started his career in Schindler at Australia in the Quality department, post which he was appointed as Managing Director of Schindler Vietnam in 2012. After a successful stint there where he achieved a complete turnaround of the business at Vietnam, he was assigned the role of Managing Director of Schindler Malaysia in 2016 and was then appointed the CEO at Schindler India in 2018. With his rich professional experience, he now takes charge as the President at Schindler India and South Asia.
Ramachandran takes over the responsibility from Uday Kulkarni who has taken retirement from the role after being associated with the company for over 11 years.  Kulkarni would continue to be associated with Schindler India and would be responsible for the Schindler University, the training facility for developing future leaders in the industry.
As President, Ashok Ramachandran will assume day-to-day leadership of the Company and will be responsible for the overall Sales, Marketing and Operations of the company and the factory which is the first MNC factory in India to have manufacturing of both elevators and escalators and also the R& D facility.
On the appointment, Ashok Ramachandran, President, Schindler India and South Asia commented, â€œIt is with great honour and gratitude that I step into the role of President at Schindler India and South Asia. I have been associated with the organisation for the past 13 years and have witnessed several advancements in the offerings across various sectors. As a part of our â€˜We Elevateâ€™ mission, it has been our primary goal to deliver memorable experiences and we have been successful in doing so. In this new role, I look forward to further enhancing the quality of our products and services with a customer-centric approach, while focussing on people at the core of our organization and thereby creating long term value for all our stakeholders and consumers.â€
CATEGORIES Industry Update
TAGS elevatorsEscalatorsIndustrial solutionsLiftsSchindler
Share This