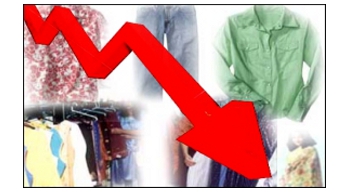 Apparel sales in US decline

The US apparel retailers most have reported lower sales at established stores for the pivotal back-to-school shopping month of August.

adminSeptember 19, 2016 12:00 am 0
The US apparel retailers most have reported lower sales at established stores for the pivotal back-to-school shopping month of August. August is normally a healthy month for US retailers as parents and students line up for back-to-school and even back-to-college shopping, which are a necessity. It is the second-biggest selling period for retailers after the Christmas holiday season.
However, as per National Retail Federation (NRF)’s annual survey earlier last mont, back-to-school shopping was only at the halfway mark despite having started earlier this year. The NRF’s annual back-to-school survey showed that parents of K-12 and college students plan to spend a record $75.8 billion this summer denoting an increase of 11.5 per cent over 2015.
The data for August showed US consumer confidence jumped to its highest level in almost a year. The Conference Board said its consumer confidence index jumped to 101.1 in August from a downwardly revised 96.7 in July. Economists had expected the index to come in unchanged compared to the 97.3 originally reported for the previous month. Net sales for the month were $852.9 million, up 3 per cent from $826 million last year.
CATEGORIES Industry Update
TAGS back-to-school shopping monthUS apparel retailers
Share This