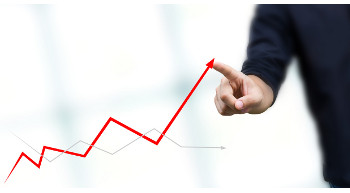 Asian Development Bank has retained its projections for India's economic growth at 7.4 per cent for the current financial year, 0.2 percentage points lower than what was clocked in 2015-16.

adminOctober 22, 2016 12:00 am 0
Asian Development Bank has retained its projections for India’s economic growth at 7.4 per cent for the current financial year, 0.2 percentage points lower than what was clocked in 2015-16. In its latest Asian Development Outlook (ADO) 2016 update, ADB said India’s economy will remain on a strong growth path in FY17, aided by implementation of key structural reforms, robust consumer demand and higher agricultural output, driven by a good monsoon. India’s economy grew five-quarter low of 7.1 per cent in the first three months of the current financial year. The Economic Survey had projected the growth in the range of 7.2-7.75 per cent. Even though lower than the previous year’s growth, 7.4 per cent means India will be the fastest-growing major economy in the world. â€œWith increasing investment over the coming year, India will remain the fastest-growing major economy in the world,â€ ADB Deputy Chief Economist Juzhong Zhuang said. The growth rate was retained for the full financial year on the strength of improved private consumption after a recently approved hike in wage and pension and expectations of a healthy monsoon lifting rural income. As corporates successfully deleverage and bank reforms boost lending, recovery in private investment will help drive growth to 7.8 per cent in 2017. â€œLegislation to create a national value-added tax should lift investor confidence, as this accomplished a key step towards a much more integrated and productive economy,â€ it said.
India recently adopted structural reform to attract more foreign direct investment and passed legislation to allow a national tax that will create a more integrated and productive economy, it added. The government intends to implement the goods and services tax from April 1, 2017. The report said South Asia is now developing into Asia’s fastest-growing sub-region, driven by solid growth in India. Forecasts in ADO 2016 are retained, with growth seen to slow slightly to 6.9 per cent in 2016 before re-accelerating to 7.3 per cent in 2017. The growth projections for India, the sub-region’s largest economy, are similarly unchanged for both years, providing the main resistance to global headwinds.
Developing Asia is expected to maintain its growth pace going into 2017, buoyed by an improving external environment and resilience in the region’s two largest economies, the People’s Republic of China and India. The report noted that India is also likely to expand its trade in information technology services and witness emergence of other commercial services exports.
CATEGORIES Industry Update
TAGS Asian Development Bankbanking industryEconomic growthstructural reforms
Share This