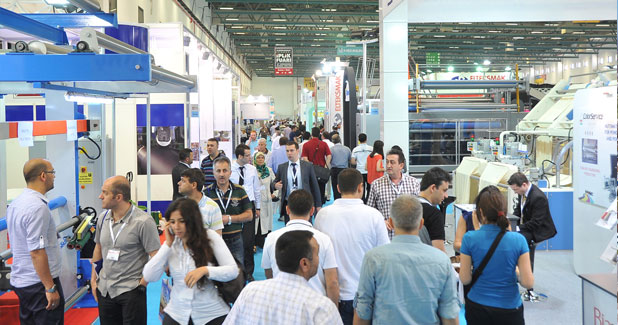 Latest technologies nationally developed in textile machinery industry will be debuted at ITM 2016 exhibitors from 72 countries will meet more than 60,000 visitors during the exhibition that will be the most important dynamic of the textile industry in 2016. Being held with the partnership of TUYAP and TEKNIK FUARCILIK and support by TEMSAD in 12 halls with the participation of 1,200 manufacturing companies, ITM 2016 exhibition and HIGHTEX International Technical Textile & Nonwoven Trade Fair will be the largest gathering for textile technologies, which Turkey and the region have hosted so far.

Istanbul, the heart of the world
ITM 2016 International Textile Machinery Exhibition is held in Istanbul, one of the worldâ€™s most strategic locations in geographical terms, will be a meeting point for all the industry representatives. Istanbul, the Westâ€™s doors to the East and the Eastâ€™s doors to the West has a position as the centre of textile industry. ITM 2016 where brands intending to become one of the actors in the world market will exhibit their innovative technology investments and new products will be the address for textile industry in 2016.

Sales for ITM 2016 completed
Money traffic in the world causes industries regionally either to rally or to restrain. It is anticipated that the 2016-2017 season will be extremely positive for the region. The depreciation of EU, particularly in the Euro region, against dollar compared to previous years will further highlight Euro as an exporter. It will also lead Europe to cut down purchases from the Far East. Lately, IMF has raised its forecast of growth of Turkey in 2016 from 3.2 to 3.8. The most clear indicator for this is the strong demand in ITM 2016. Sales for ITM 2016, the largest edition since itâ€™s foundation, have been concluded by April. Strategic importance of Turkey in textile and apparel has a great share in the increase in the number of exhibitors. ITM 2016, growing by 55 per cent compared to ITM 2015, has further increased interest.

All eyes and ears will be on Istanbul
At ITM 2016 exhibition during which latest textile machinery and technologies will be presented, all eyes and ears of the textile world will be on Istanbul. Growing with the strong demand for participation, ITM 2016 will be a meeting point for both domestic and foreign manufacturers and exporters. Turkey, the most significant market for textile machinery manufacturers, stands out in the conjunctional structure of the world. Being organized under the motto: â€œTextile Exhibitions are held in the Land of Textileâ€ since 2004, ITM Exhibitions have become an important brand for Turkey and the surrounding countries. ITM 2016 bearing a significant added value for our country, will be an outstanding exhibition preferred by worldâ€™s textile machinery manufacturers.

Worldwide promotional activities
ITM exhibitions gain worldwide attraction with its visitors as well as with its exhibitors. In addition to local textile manufacturers showing keen interest, each exhibition is also visited by purchasing committees, groups of investors and professional visitors from all over the world. Particularly at 2013 Exhibitions, besides the neighboring countries, visitors from textile-investing regions in the world such as Bangladesh, Vietnam, Indonesia, Iran, Egypt, Uzbekistan, Turkmenistan and Africa drew attention. An increased number of visitors from Europe and Asia, particularly Iran and countries, is expected for the ITM 2016 Exhibition. In this direction, worldwide promotional meetings and press conferences have been organised for ITM 2016 exhibition. Activities are still running anywhere from Europe to Far East, from the US to Africa.

HIGHTEX 2016 will be held simultaneously
HIGHTEX 2016, the 6th International Technical Textile and Nonwoven Trade Fair, will be held in Hall 11 at Istanbul Tuyap Fair Convention and Congress Center on June 1-4, 2016. At HIGHTEX 2016 exhibition, the first and only event in its field, raw materials for technical textiles, intermediary and final products and production technologies will be seen together. The fact that HIGHTEX 2016 exhibition, the largest gather for technical textiles in the Middle East and Eastern Europe, will be concurrently held with ITM 2016 exhibition will create a highly positive and efficient synergy.