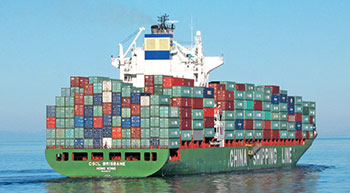 Shipments in some of the textile machinery segments experienced declines in 2015. Deliveries of new short-staple spindles fell by nearly 8 per cent from 2014 to 2015. Shipped long-staple spindles and open-end rotors decreased by 61 per cent and 6 per cent, respectively.

Shipments in some of the textile machinery segments experienced declines in 2015. Deliveries of new short-staple spindles fell by nearly 8 per cent from 2014 to 2015. Shipped long-staple spindles and open-end rotors decreased by 61 per cent and 6 per cent, respectively. The number of shipped draw-texturing spindles fell by 26 per cent and shipments for new circular knitting machines by 6 per cent year-on-year. In contrast, deliveries of shuttleless looms increased by 14 per cent in 2015 and shipments of flat-knitting machines rose by 52 per cent.

These are the main results of the 38th annual International Textile Machinery Shipment Statistics (ITMSS) just released by the International Textile Manufacturers Federation (ITMF). The report covers six segments of textile machinery: spinning, draw-texturing, weaving, large circular knitting, flat knitting and finishing. The 2015 survey has been compiled in cooperation with over 140 textile machinery manufacturers, representing a comprehensive measure of world production. This number does not include the numerous Chinese companies that are represented by the so called â€œDistrictâ€. Therefore, the amount of participating companies is likely to be around 200.

Global shipments of large circular knitting machines fell by 6 per cent to a level of 26,700 units in 2015. Also for this category Asia is the worldâ€™s leading investor. 88 per cent of all circular knitting machines were shipped to Asia in 2015. With 53 per cent of worldwide deliveries, China is the single largest investor. India and Bangladesh rank second and third with 6,500 and 3,100 units, respectively.

The year 2015 was a very good year for the segment of electronic flat knitting machines as global shipments grew by 52 per cent to 70,100 machines, the highest level since 2011. Not surprisingly, Asia received the highest share of shipments (93 per cent).

The 2015 edition of ITMFâ€™s International Textile Machinery Shipments Statistics included for tenth time also data on finishing machinery. However, the questionnaire was revised to present a more accurate picture of shipments in this sector. Therefore, it is not possible to compare the this version with previous versions of the finishing machinery statistics.