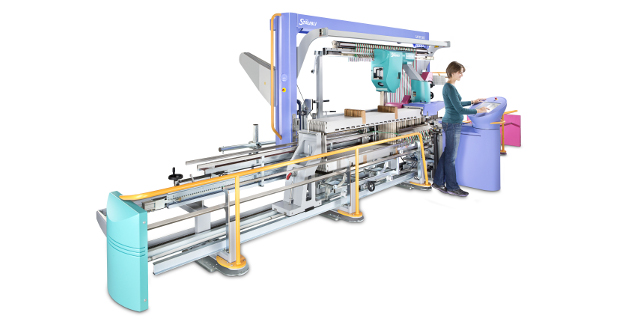 After starting in a small workshop in 1892, StÃ¤ubli has developed into a leading industrial partner for high-quality mechatronic solutions and technologies.

adminAugust 7, 2017 12:00 am 0
After starting in a small workshop in 1892, StÃ¤ubli has developed into a leading industrial partner for high-quality mechatronic solutions and technologies. With three dedicated activities â€“ connectors, robotics and textile â€“ StÃ¤ubli is valued by industrial customers worldwide for its high-quality products and cutting-edge technologies.
Two family threads came together at the end of the 19th century â€“ the heyday of the Swiss textile industry â€“ and were woven into a new corporate fabric: Rudolph Schelling and Hermann StÃ¤ubli, displaying both commercial acumen and technical skill, founded the company â€œSchelling & StÃ¤ubliâ€ in the Swiss village of Horgen in 1892. At that time, this village on the shores of Lake Zurich â€“ and on the silk road as well â€“ was the site of many mills operating a total of some 1,000 weaving machines. Hermann StÃ¤ubli had acquired his initial know-how by repairing these machines. After a short time, he set out to produce superior machinery. His credo from the start was the highest quality and a pronounced customer focus. He sought no less than to make the worldâ€™s best dobbies â€“ with which weaving mills could achieve optimal results. Even in those early days, StÃ¤ubli set very high targets for efficient production; specifically, to weave more fabrics at lower cost, higher quality, and with a greater variety of patterns.
Already in 1893, Schelling and StÃ¤ubli introduced their first dobby, designed and constructed in house. In 1900 they introduced the worldâ€™s first paper-card dobby, equipped with a warp-leasing system that is still widely used today. Following the death of Rudolph Schelling in 1909, the company was renamed StÃ¤ubli.
Geographical spread and portfolio expansion
The StÃ¤ubli Group has grown exuberantly since 1892, in both technical and geographic terms. Already in 1909 StÃ¤ubli built its first factory in France, followed by additional production sites in other European countries as well as in the Americas and China.
The Groupâ€™s Textile activities have grown in line with its corporate targets, and StÃ¤ubli has become a leading supplier to the global weaving industry. In 1969 StÃ¤ubli acquired the German company Trumpelt, which specialised in heavy dobbies. As a shedding solution specialist in frame weaving, the company then decided to expand its range to include Jacquard weaving. This led to the acquisition of Verdol in Lyon, a manufacturer of mechanical Jacquard machines. And to expand its product range to cover the complete weaving process, the companies Zellweger (weaving preparation solutions) and SchÃ¶nherr (carpet weaving systems) were purchased in 1994 and 1998. Finally, the DEIMO company was acquired, a long-time industry partner providing drive and control systems for a wide range of applications.
This expansion strategy has been constantly augmented by intensive R&D activities, and today the result can be seen in a comprehensive range of high-performance products integrating state-of-the-art technologies. This machinery is renowned for exceptional reliability, unsurpassed production speeds, and very long service life. SAFIR automatic drawing-in machines, the latest generation of S3000/S3200 dobbies, the LX/LXL electronic Jacquard machines, ALPHA carpet weaving systems, the TF technical weaving systems, and DEIMO knitting solutions all attest to continuity and a passion for innovation, which is embedded in the DNA of the company.
Excellence means constant improvement and development in all areas
â€œThe spirit of innovation has defined our company from the beginning â€“ itâ€™s rooted deeply in the nature of StÃ¤ubliâ€, says Rolf Strebel, StÃ¤ubli CEO. â€œItâ€™s the reason we constantly develop new solutions which add value for our customers. Other decisive factors for our long-term success are the spirit of cohesion amongst our staff around the globe, our inquisitiveness, and our philosophy of continuous improvement. Our aspiration is to constantly improve â€“ on a human, professional, and technical level â€“ and to remain just as successful during the next 125 years.â€
Technological advancements and visionary ideas have formed a company that is poised to operate as successfully in the new millennium as it did at the end of the 19th century. With a global workforce of over 4,500, the company generates an annual turnover of 1.1 billion Swiss francs. Founded in 1892, today StÃ¤ubli is an international group headquartered in PfÃ¤ffikon, Switzerland.
CATEGORIES Industry Update
TAGS Jacquardknitting machineStaubliTextile Industrytextile newsweaving machine
Share This