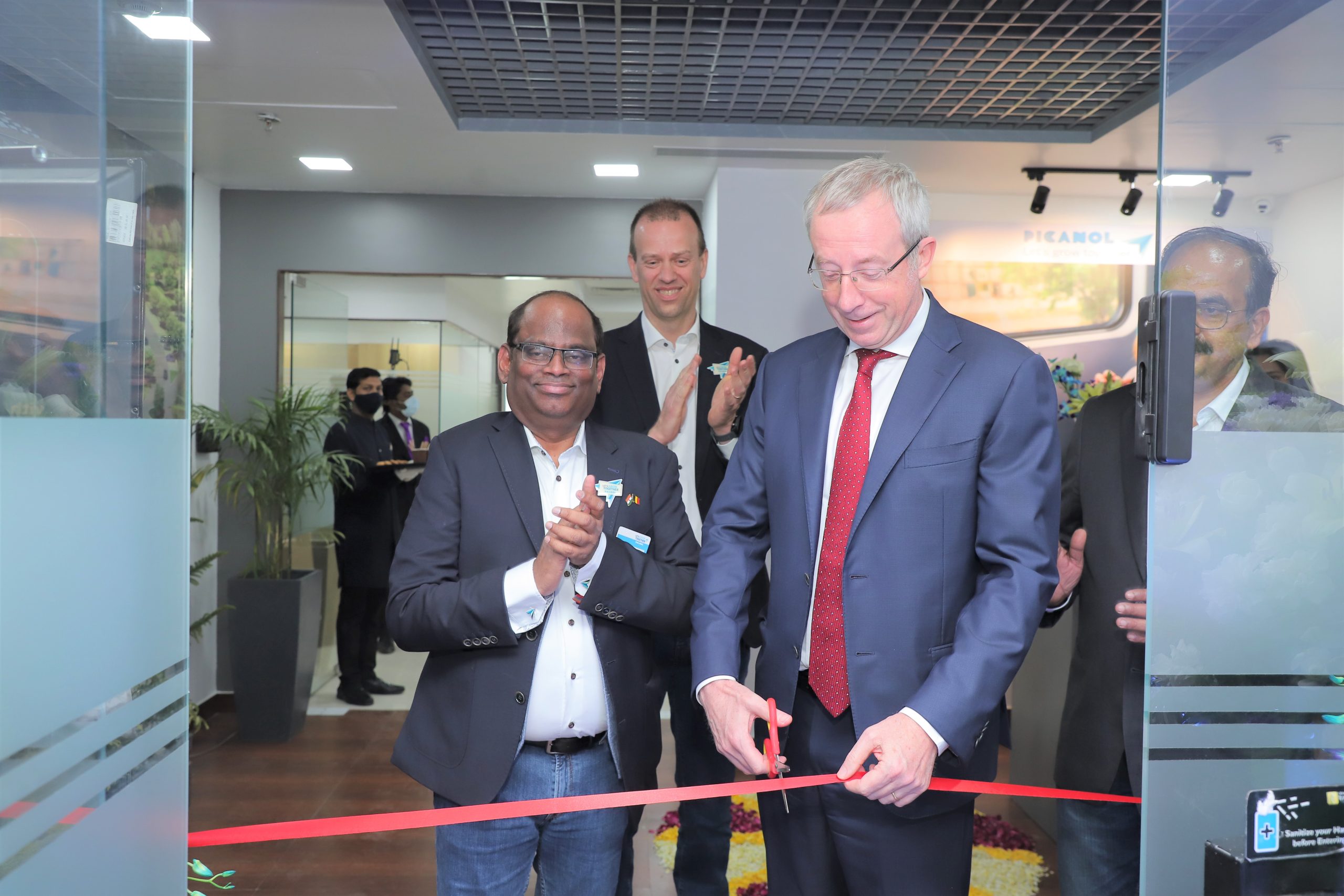 Picanol has been active in India since 1956, and following many years of successfully serving the local market, Picanol India Private Ltd. was established in 2008. Just a few years later, the inauguration of new offices for Picanol India in New Delhi took place in 2012.

Ten years on from that event, our offices in New Delhi have now been both extended and renovated.

“This decision clearly shows our commitment to grow together with our Indian customers. The new offices will create several advantages for Picanol India. Specifically, grouping the Sales, Service, and CSR teams under one roof will make operations more efficient and the print repair facilities have been modernised,” explained Kasiviswanathan Palanisamy, Director of Picanol India.

The preparation for the opening started in February 2022 with a ‘havan’ – this is a traditional fire ritual that involved a Hindu priest visiting the offices and placing herbs and some other items of food in a holy fire. A havan is believed to purify both the environment and the devotees.

Following this, on March 10, 2022, Picanol India officially opened its new offices, with Francois Delhaye, Ambassador of Belgium to India, cutting the ribbon. “We’re pleased to say that an enjoyable time was had by everyone who attended. The entire team at Picanol India is confident that the new offices will mark the newest chapter in the success story of Picanol’s longstanding presence in India,” said the company in a press release.