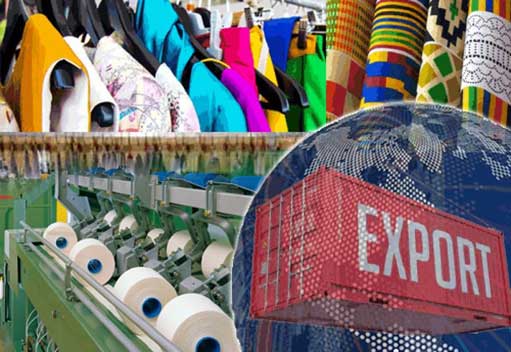 Pakistan’s natural gas shortage is hurting its most important export industry, putting even more stress on an economy already struggling with accelerating inflation and a weakening currency.

About $250 million of textiles exports were lost last month after mills in Punjab were forced to shut for 15 days, said Shahid Sattar, executive director of All Pakistan Textile Mills Association. Factories in the province are dependent on regasified imports of liquefied natural gas, while domestic supply is being diverted to other regions, he said.

Pakistan has become a fast-growing import market for LNG as local supply has subsided over the last few years. But competition for the fuel — used as an electricity feedstock and for heating and cooking — has intensified due to global shortages, sending spot prices to levels that Pakistan can’t afford.

The textiles industry — which supplies everything from denim jeans to hats to buyers in the U.S. and Europe — is one of the country’s few economic bright spots.

Pakistan, which is heading into the coldest months of the year, issued an emergency tender to import more LNG in November after suppliers backed out from deliveries amid skyrocketing prices and surging global demand.

The country faces gas shortages every winter because Pakistan’s natural gas fields are seeing a depletion of about 9% each year and imported LNG is very expensive, Energy Minister Hammad Azhar said at a press briefing in late December. Pakistan announced a bidding round to help find more oil and gas reserves, Azhar said in a Twitter post on Friday.

The government restored gas supplies to the textiles sector last Wednesday, but frequent power blackouts are still curbing operations, Sattar said. Mills will only be able to run at about 80% of capacity if the situation persists, he said.