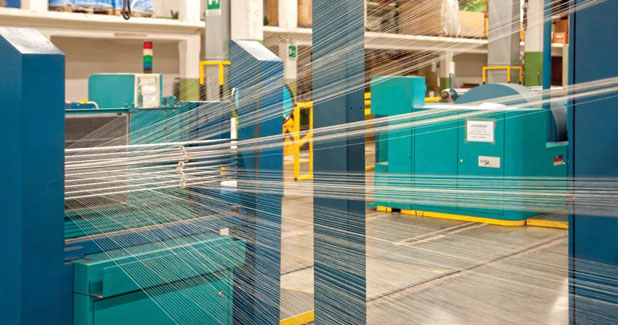 Modernisation should always be viewed along with the selection of required automations, opine J Sreenivasan & NK Nagarajan of SITRA.

Modernisation should always be viewed along with the selection of required automations, opine J Sreenivasan & NK Nagarajan of SITRA.

Modernisation is of vital interest to managements as well as to workers, consumers and the governments. Unless the industry is placed on a sound and stable base from the techno-economic point of view, it will be difficult to overcome the various problems that confront the mills, in particular, the huge loss incurred by marginal and weak units during the periods of recession. The pressure of mounting costs, increasing competition (both domestic and international), the discriminating nature of public tastes and the need for diversification have all contributed to the realisation that managements of textile mills will have to either modernise or close down ultimately.

Modernisation should always be viewed along with the selection of required automations. Besides demonstrating technological excellence, savings in manpower is the major objective of taking up the automations.

Three decades ago, the need for modernisation and automations did not arise in most of the mills, mainly due to high investment cost and partly because of availability of cheap labour. However, in the last few years, the textile industry has been facing a severe labour shortage with mounting wages cost, resulting in a significant loss of capacity utilisation. Hence, many mills in the recent years have started to tide up the above situation with adoption of automations.

Impact of modernisation on productivity

Six decades ago, a high productivity spinning mill with a 30,000 spindle capacity, manufacturing 40s carded yarn (mostly in hank form), was maintaining a three digit Total HOK (for the entire mill) of over 120 and a production rate of about 65 g per spindle per eight hours and employing about 1,000 workers per day inclusive of operatives in post spinning departments. Presently, mills capable of maintaining a single digit Total HOK have been emerging.

During the last 60 years, the spinning industry had registered a tremendous increase in the productivity â€“ both labour and machine. Substantial improvement in the technology of machinery, introduction of automations, improved labour training coupled with very high work assignments, exposure to overseas markets, high end quality requirements of domestic fabric manufacturing industry (both knitting and weaving), etc. have helped the spinning mills to increase the productivity levels enormously.

It is interesting to note that six decades ago, a 30,000 spindle standard mill manufacturing 40s carded yarn had employed about 640 operatives per day up to ring frames. During the last 60 years, in view of the substantial changes in the level of modernisation of machines, increase in the production rates and work assignments and shortening of the production process, both labour and machine productivity had registered a tremendous improvement, which is evident from the upward revision of SITRA norms since 1959. As per the 2010 SITRA norms, for a 30,000 spindle mill manufacturing 40s carded yarn, about 150 operatives per day would be required up to ring frames. In the recent years, a very hi-tech spinning mill, is expected to engage about one-fifth lower operative at 116.

Over the last six decades, the number of processes involved in yarn manufacturing has also been reduced drastically from 12 processes to 5 processes in view of the introduction of automations with short process machinery which in turn has played a pivotal role in the growth of the productivity.

Prevailing technology and level of automation

The following are the type of automations and technology of machines adopted by a few hi-tech spinning mills presently which in turn had enabled them to reduce the operativesâ€™ requirement significantly and achieve a very high labour and machine productivity. The modern technologies have enabled the machines to run at very high delivery speeds and handling very coarse hanks (sliver/roving) with very high draft in ring frames.

Potential for modernisation in future

In Indian textile industry, there is a very large variation in the levels of technological competence and efficiency within a mill sector, i.e. between the best mills and the worst mills. When there are a large number of units of different sizes and ages producing the same products and competing in the same market, it is inevitable that there would be some difference in their levels of efficiency. While the best mills in India compare favorably with good mills in other developing countries, there are a large number of units, technologically inefficient, economically weak and qualitatively poor.

During the last 60 years, while the productivity of the industry as a whole has increased substantially, the difference between the best and the worst mills has not come down. If anything, there has been a tendency for this difference to increase. Therefore, if the technical competence of the industry as a whole is to be raised, it can be done, not so much by improving the efficiency of the already efficient units, but by raising the level of all the inefficient units to a basic minimum. This needs a sustained national effort towards introduction of new technology and adoption of necessary automations.

The authors would like to express their sincere gratitude to Dr Prakash Vasudevan, Director, SITRA for his kind permission to publish this article.

The authors are from the South India Textile Research Association, Coimbatore.