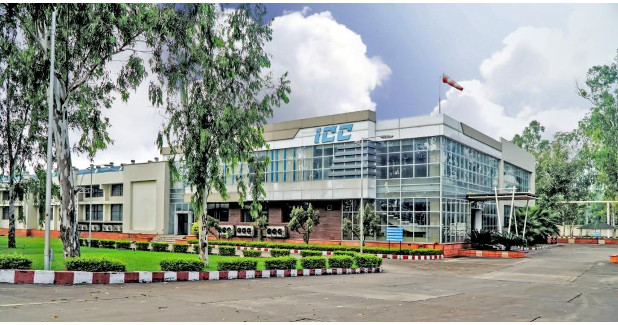 The 63-years old Indian leader in card clothing products and card room accessories for the textile spinning industry, ICC Ltd is entirely shifting production to its already existing state-of-the-art manufacturing facility in Nalagarh, Himachal Pradesh. In doing so, ICC has closed down its Pune plant, which was manufacturing card clothing since more than six decades.

The 63-years old Indian leader in card clothing products and card room accessories for the textile spinning industry, ICC Ltd is entirely shifting production to its already existing state-of-the-art manufacturing facility in Nalagarh, Himachal Pradesh. In doing so, ICC has closed down its Pune plant, which was manufacturing card clothing since more than six decades.

â€œBeing a pioneer in the industry, ICC foresaw this shift in market behaviour nine years back, when we started our facility in Himachal Pradesh, where we have installed the most advanced machines which cater to precision manufacturing and highly evolved production technologies,â€ he added.

The Himachal Pradesh plant currently specialises in addressing the card clothing requirement of the latest generation of carding machines. With the strategic move of closing down the Pune facility, ICC will now be focusing production from that plant and ensure that this single plant caters to the whole range of ICCâ€™s card clothing market.

The company is also in the process of further automating the plant with more advanced technologies, probably unseen in this industry. Additionally, some of the machinery from the Pune plant will be moved to Himachal Pradesh, as a lot of innovation in flexible card clothing products has been done in the Pune plant.

â€œThis move to consolidate production under one roof will also enable ICC to improve on time and in full delivery parameters, thereby adding value for our esteemed customers, with better delivery lead times. However, our corporate functions will still operate from the Pune office and we will try to better customer delight, in terms of service and quality,â€ Vazhapulli informed.

ICC has closed the Pune plant through an amicable settlement with workers, many of whom have been working at the plant since more than 35 years. It has taken the interest of all the workers working in the Pune plant into consideration, while negotiating the settlement.

In the next six months, the company is planning to come up with an array of products targeting high speed carding machines with improved life and surface technology and also, productivity enhancers in the carding equipment and accessories segments.

All these products are currently undergoing the process of Beta validation at various customer plants and are expected to be commercially launched in the market within the next six months, in readiness for ITMA 2019 in Barcelona.

Card clothing is in the DNA of ICC, as it has been producing them for 63 years and are the only global manufacturers of both, metallic and flexible card clothing. ICC has mastered change to maintain its position as a leader, by making innovation a constant ongoing process. ICC operates two plants, one in India and another in the UK, where ICC holds majority stake. ICC has offices at multiple locations within India and abroad, with its technologies being sold in around 25 countries globally.