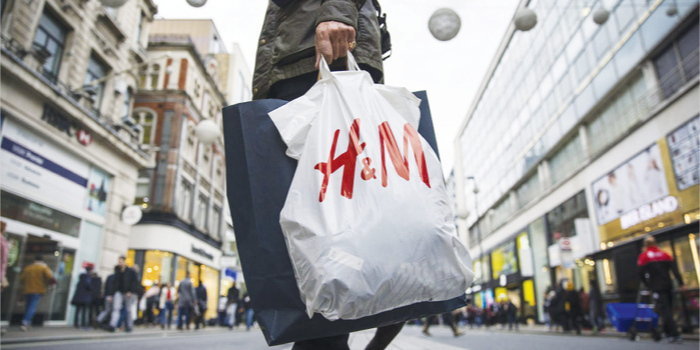 Humanity in Fashion â€“ Why does it matter?

Fashion plays a very important role in shaping oneâ€™s life. The ways of living have evolved through decades passed and they are directly affected by the fashion trends in the era yet to come.

â€œThe sole meaning of life is to serve Humanityâ€

Having said that, fashion plays a very important role in shaping oneâ€™s life. The ways of living have evolved through decades passed and they are directly affected by the fashion trends in the era yet to come. The change in time gets noticed when a fashion trend leaps. Brands like Victoria Beckham to local handlooms in our county have seen these changes over the period. From animal skin being an awe-worthy material to boycotting it completely, the fashion industry has its patterns of functionality. Be it leather, fur, wool, silk, etc inhumanity towards animals, both domestic and wild, has been going on since the beginning of the word â€˜trendâ€™.

Speaking of which, â€˜fast fashionâ€™ can somewhat be held responsible for this kind of animal cruelty because itâ€™s no secret that an exceeding amount of these materials comes off the backs of sentient beings, this fact can be lost in clever marketing devices and the appeal of the finished product.

Hanna Hallin, sustainability manager for H&M Group in Greater China, doesnâ€™t see an alternative. â€œWe can stop producing the volumes we do [now], but then the 98 per cent [of companies that are] less transparent and less sustainable will just keep making money. We have a role to play going forward â€” we ought to put others who are not transparent out of business.â€

Of course, fast fashion is something the youth would look forward to, but if we take a look at the statistics that contribute to pollution all over the world, you would be awestruck. For example- one cotton t-shirt uses enough drinking water to sustain one human for three years; 2,700 liters. Multiply that by 20 garments a year for 7.7 billion people and you begin to grasp the magnitude of the problem. As a reference, it can take up to 200 tonnes of freshwater to produce a tonne of dyed fabric. We are increasing our personal use and depleting our useable supplies of water at such a rate that demand may outstrip supply by 2030.

Because fast fashion is known to be the second most unattractive industry across the globe, itâ€™s high time people should now switch to sustainable and biodegradable fashion practices. One of the most effective ways is to go for handlooms, which generates employment and well as showcases the talent of local artisans.

Handloom industries
The textile industry accounts for around 20 per cent of the industrial output and also employs over 20 million individuals. Further, it contributes around 33 per cent of the total export earnings. The employment generated by these industries helps the country boost its economic welfare. The â€œMake in Indiaâ€ campaign has supported a lot of local Indian brands to come forth and help the GDP of our country.

But on the other hand, the sources say, most of the carbon emission is done by the textile industry all over the world, A lot of this clothing ends up in the dump and then later into the ocean polluting the water bodies with the plastic fibers and other toxic elements.  In areas where corruption is rampant and conditions dire, this worsens sanitation and threatens endangered aquatic life, and it also poisons the air around the people and the air around us. Sustainable fashion practices are the best solution for such damages we are facing. This fashion approach reduces the number of microfibers released into the environment. Reduces toxic waste and supports animal rights. Sustainable fashion is defined as clothing, shoes, and other accessories that are manufactured and used in the most sustainable manner possible, taking into accounts both environmental and socio-economic factors that come with the territory.

COVID-19
If we take the current situation of our country, the pandemic has affected the economic condition and fallen to the lowest level in comparison to the last couple of decades. The sources say it would hit 15 per cent of the economy even after the opening of the industries. People would now think twice while spending on luxury items if such a downfall continues. The impact on consumer sentiment might reduce footfall in retail stores and malls to avoid large crowds.  Some advisors have predicted that even when the malls and stores have partial openings, apparel won’t be the first category on the shopping list.

However, even before the pandemic struck the functionalities of every industry, situations like â€˜climate changeâ€™ was still a very real aspect of the world we reside in. It will continue to exist even post the situation eases itself out. The pandemic has made individuals rethink their consumption patterns on a large scale, but the change was already in motion towards increasingly sustainable options. The onset of the COVID-19 pandemic has accelerated this change. It is a time when every individual has to reflect and think about the true purpose of fashion which translates into â€˜humanity in fashion and your fashion choices, in not just selective, but all of our decisions.â€™

–    The article is authored by Yashraj Bhaiya, Director, Label Varsha