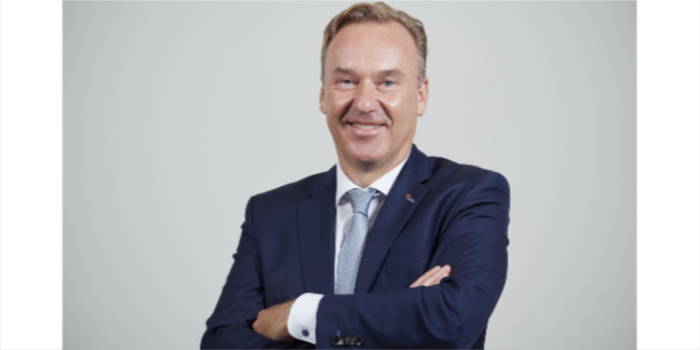 Gerald Vogt is appointed as the new CEO of StÃ¤ubli Group. Vogt will take over as CEO from retiring Rolf Strebel on 1, January, 2021. Vogt was previously responsible for the global business of the Robotics.

Gerald Vogt is appointed as the new CEO of StÃ¤ubli Group. Vogt will take over as CEO from retiring Rolf Strebel on 1, January, 2021. Vogt was previously responsible for the global business of the Robotics Division, which will be headed by Christophe Coulongeat on 1, January, 2021.
Gerald Vogt, an experienced manager from within the company’s own ranks, will take over the management of the diversified and growing family-owned company. The 50-year-old Franco-German engineer and business economist has been responsible for the global Robotics business as Group Division Manager since mid-2016 and is already a member of the Group Management.

When he joined StÃ¤ubli almost 20 years ago, Gerald Vogt initially moved from the development and production site in Faverges, France, to the US for several years. As Division Manager he significantly expanded business for StÃ¤ubli Robotics North America. Afterwards he returned to Faverges as Head of Development before taking over responsibility for the German business as Head of StÃ¤ubli Robotics in Bayreuth.

To ensure a smooth transition and prepare for his future tasks as CEO, the StÃ¤ubli Board of Directors nominated Gerald Vogt as the designated successor to Rolf Strebel at the beginning of 2020. Since then, Gerald Vogt has accompanied the current CEO and is responsible for the introduction and implementation of the new business strategy for StÃ¤ubli until 2030.

“We are delighted to have found in Gerald Vogt a forward-looking manager with an extensive international experience and a clear entrepreneurial spirit who is already very well connected within the Group. He has our full confidence to further advance the business of the entire StÃ¤ubli Group worldwide,” said Yves Serra, Chairman of the Board of Directors.

“On behalf of the entire Board of Directors and the StÃ¤ubli family, I would like to take this opportunity to thank Rolf Strebel for more than 40 years of dedication to StÃ¤ubli and his outstanding work as CEO of the StÃ¤ubli Group over the past 14 years. We wish him all the best for the time ahead,” added Serra.

Christophe Coulongeat, the new global responsibility for the Robotics Division, has been Deputy Division Manager since 2018 and previously gathered extensive experience in the packaging and automation industry in France, Austria, the United Arab Emirates and Switzerland.

With this succession in management, StÃ¤ubli is setting the course to consistently pursue its growth and further expand its market position worldwide, especially in North America and Asia.